Home/Church Talk/Lectionary/‘All Doubt in a Day’ 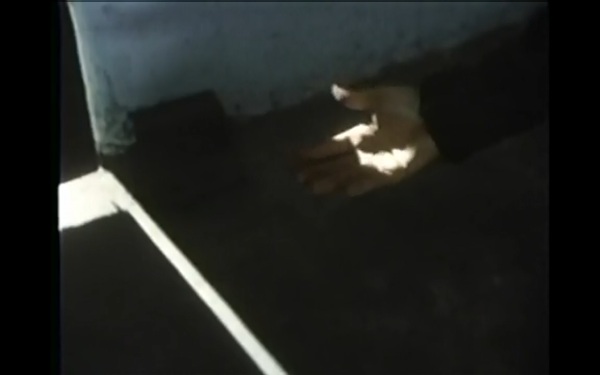 It’s been raining for two days straight in rural Oklahoma. For a plains state used to abundant sunshine, it can wear on the soul. But from the rain also springs a very particular memory that is informing my sermon and lectionary musings for this Sunday.

In elementary school, my generation more than likely had a particular science fiction story in our textbook compilation of short stories: “All Summer in a Day” (IMDB) by Ray Bradbury. The story can be read here (only four pages. Go ahead!) or the 1980s PBS episode of it can be viewed here. Briefly, the story is of a girl Margot who is new-ish to a space outpost on Venus where it rains constantly and the sun only shines for two hours every seven years. All her nine-year-old classmates in the school cannot remember the last sunshine, but Margot has moved here from Earth more recently and remembers the warmth of the sun. The other children torment her mercilessly because she refuses to play games with them and insists that she remembers the Sun.

The Lectionary reading for this week is Doubting Thomas (John 20). In the story, Jesus has appeared to the Disciples and spoken to them. Thomas arrives after this encounter and, contrary to the other 10 assertions, refuses to believe that Jesus had reappeared. He holds onto this for a week, then the text says that Thomas and the Disciples are together in the house and Jesus appears. Thomas believes again, and Jesus concludes “Blessed are those who have not seen and yet have come to believe.”

What struck me about these two stories is twofold.

First, the treatment of the one who differs by the community. In “All Summer” Margot is ridiculed, tormented, and locked in a closet on the cusp of her belief in the Sun being proven true. In “Doubting Thomas” Thomas differs with the Disciples but remains in their presence, seemingly for the whole week after Jesus had appeared. Thomas does not appear to have been expelled from the community for his disbelief in the Son. In one story the believer is punished by the community; in the other, the disbeliever remains in relationship with the community.

Second, the participation of the one who differs in community. In “All Summer” Margot isolates herself from the children, refuses to participate in their games, and emphasizes the one thing she has over them: her experience of the Sun. In the end, her refusal to participate got her dream stolen from her, though that does not excuse the violators. In “Doubting Thomas” Thomas stays with the Disciples, engages them, holds tight to his belief but does not isolate himself (at least nothing in the text indicates that). In the end, John’s beliefs are changed by Jesus but he is not excluded from the community and indeed apocryphally expands it further than any other Apostle.

From these experiences, I am feeling an inclination to focus on how we deal with the detractors, the contrarians, those who differ in our midst.

We have in our communities examples of how not to differ. Churches that exclude sexual minorities. Pastors who preach hot topics and get burned. Schismatic churches that leave their denominations because they cannot handle being identified with differing majority. What do we do to avoid these high-stress situations but also acknowledge that we are not of one mind in our contexts?

On the one hand, we have a responsibility to be a community that accepts difference. We all have those people in our lives. As a clergyperson, it is incredibly difficult to look at my congregation and not wish they all agreed with me. And yet it is usually the people who think differently than me that I learn the most from. Not from reinforcing my own beliefs like an echo chamber but from introducing dissonance that helps me better form, alter, and perhaps present the topics in a more holistic way. Thankfully my parish allows for this dissonance, not in all forms, but for the most part. I’m sure there are people who would feel differently that my parish is not a place for their particular form of dissent, but that’s to be expected in any diverse setting. What matters is how we treat one another on that journey, from the worst to the best.

On the flipside, we who differ have a responsibility to differ in healthy ways. I ran an online religion forum for years that had an incredible amount of disagreements. The members who were the most respected did not believe alike but were able to put aside hot passions and disagree helpfully. Even when hotheads prevailed, the community held together. I saw many passionate posters come and go because they couldn’t disagree with people helpfully…and banned many people who were unable to keep their spite to themselves. Similarly, when I find myself in a theological or social minority, I have to carry myself in a fashion that garners respect even from diehard opponents. I definitely don’t always succeed, and my comments on other people’s blogs may not reflect my best. But the goal is to disagree faithfully like Thomas and not like Margot (not blaming her…she acted exactly as a nine-year-old would, of course).

So in my lectionary musing for sermonizing this week, I’m intrigued by the idea of a differing ethic: what a community does with those who differ, and what differing individuals do within a community. What might that look like, informed by Doubting Thomas?

Thoughts? How do you deal with difference? What experiences do you have (healthy or unhealthy) in being the minority in a party? Other thoughts on the Doubting Thomas lectionary?