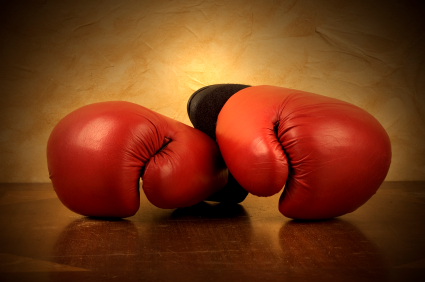 I have a new weekly ritual. My spouse is a yoga instructor and she has a new evening class. It happens to be an evening when I don’t normally have programming or even *gasp* youth sports to attend. So I go to a coffeeshop around the corner and read/study/write for an hour. I thought it would be a nice thing to get in more preparation time away from the distractions of the office.

Boy was I wrong. Why? Because apparently this particular spot is where no less than 3 churches have youth bible studies. And I can’t help myself but to sit in the middle and eavesdrop on them.

The first week, it was awesome. One group was discussing avoiding illicit girls who want to steal your virginity. The other was discussing the importance of being naked (metaphorically) before your spouse. They were making fun of Mormons by saying that they wear sacred underwear and thus are never really naked before each other (that is untrue, it is actually only with your spouse that you remove them so the lesson would apply to them better than anyone else!). Needless to say, it’s a great experience listening to the diversity of conversation.

Then we get to today.

I get there and there’s two middle-school boys reading Scripture. They are discussing Mark 12 (or Matthew 21, I couldn’t tell) about Christ being the cornerstone that the builders rejected, and to all others it is a stumbling block. But the boys didn’t know what a cornerstone was. One of them had looked it up and found scripture references in Psalms of course but couldn’t find a definition. They also had word-searched and found the Isaiah 8 passage…and they didn’t know what a sanctuary was either! They kept on talking about the scripture and the words and were getting nowhere even though they had done some research well.

Given I’m pastor to youth, I started outlining what I would say in my head. A minute later an older youth/college student came in and sat down with the boys, obviously their mentor. They told him their troubles…his response? “I don’t know what a cornerstone is either. Is it important? Why would Jesus talk about this? This passage doesn’t make sense. Maybe it isn’t supposed to make sense until we know more of the bible.”

Here’s the exchange when one of the youth got up to walk by my table to get a water:

Me: Hey man, a cornerstone is the first stone a builder lays. Everything else is built on top of it and around it. So when we say Jesus is the cornerstone, then we mean that our faith begins with him. But that’s not enough. We have to be disciples and learn, study, do works of mission to build our faith as a sanctuary with Jesus as the cornerstone. Does that make sense?

Youth: Thanks! I didn’t know that.

Mentor: Hey, [YOUTH NAME], why don’t you go sit down? [YOUTH SITS DOWN] Listen buddy, I knew all of that. I didn’t want to tell them, they have to find it out on their own. I don’t appreciate you fooling with my teaching style.

Me: OK, that’s fine. They are your youth. But they had a basic question that they were struggling with before you showed up. And I’m a teacher of the Word. So why not tell them that factual information? I didn’t want to leave them in willful ignorance.

Mentor: It’s not ignorance, it’s teaching style. They have to find out stuff on their own!

Me: That’s fine. I’m leaving in 10 minutes and I won’t interfere again. I apologize.

I left a few minutes later. And I realize I made the “willful ignorance” comment in spite, probably, but still it was incredible to me. There were two youth interested in the bible but they lacked the factual knowledge of what a cornerstone was. They even looked up the word in a concordance…who wouldn’t want to encourage that sort of work?