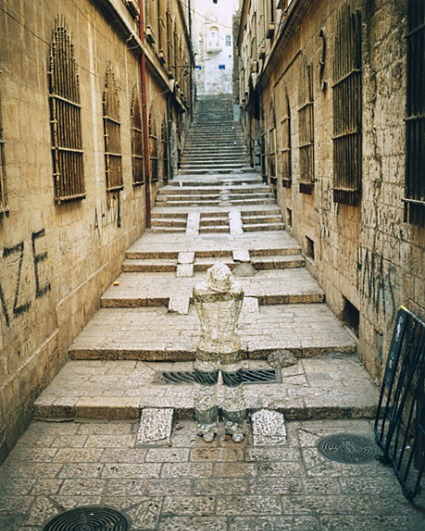 At a clergy meeting a few months back (before the 2010 release of the Call to Action report), a very senior pastor of a large congregation talked to a few of us young clergy. He told us to beware of “church growth bubbles,” as he called them. He said that every few years, some consultant or methodology is built up, diffused over all the clergy as “the way”, and then it flitters away a few years later or bursts into unremarkable results. These cycles happened over and over and while the pastor said he got ideas from it, he didn’t revolutionize his whole ministry plan to them…and ended up just fine by preaching the Gospel.

To this sentiment, while valid, there is little doubt that a concerted effort by the church global and local is necessary to self-examine failures and successes to find a better way to support one another through the declining presence of the United Methodist Church. But the question is: are we asking the right questions? And is the advice being given one that is grounded in the Gospel or is it grounded in pop-business principles?

Via a friend on facebook, I was clued into this section of a sermon given by Dr. Robert Hunt, the Director of Global Theological Education at Perkins School of Theology. It references the United Methodist’s Call to Action report that we’ve discussed here at length.

Following is a full-text excerpt of the sermon found here. This sermon was preached at this year’s Perkins Theological School for the Laity at Southern Methodist University, Dallas, TX.

Peter, in [2 Peter 1:16], says, “we did not follow cleverly devised myths when we told you about the coming of our Lord Jesus Christ in power, but we were eyewitnesses of his majesty.” This reminds me of second kind of distraction we have been drawn to – the contemporary version of “cleverly designed myths.”

In Peter’s time these were the old Greek and Egyptian myths that provided such a colorful basis for cultist ritual, secret societies, and temple processions. And of course quasi-metaphysical costume dramas are popular today. We have folks that find some vague religious meaning in dressing up like characters out of the Star Wars saga, or the Lord of the Rings. How much more comfortable to find one’s meaning in the mythical world of Frodo and Bilbo fighting the Dark Lord than actually engaging the prince of darkness at work in a crack house or the U.S. Congress. Peter is reminding his readers that their faith is about real-world encounters, not mythic fantasies.

Speaking of which, these days the clever myth currently vying for our attention is the “Call to Action” published in October of 2010. It appears that many United Methodist church leaders like to dress up as corporate CEO’s heading for the board-room to live out the myth of American corporation as savior. Instead of Bibles they now carry under their arms laptops full of spreadsheets with statistics and demographic surveys of potential religious markets. The result? Although the “Call” is based on an expensive analysis performed by an outside consultant it does nothing more than regurgitate into a PowerPoint presentation and Executive Summary the church growth doctrines of Donald McGavran from the 1960’s, followed by the seeker church gospel of Willowcreek from the 1990’s, and most recently the power of positively thinking about how to build an “onramp” church from a 21st century Joel Olsteen.

The recommendations, and I take these directly from the document, are:

These things, we are told, are the definitive characteristics of “vital congregations.” Well they are not necessarily bad things. They just aren’t worth paying a consultant for, since they’ve been repeated in dozens of church self-help books over decades. But most importantly nowhere in this list, or the document as a whole, is there any mention of the presence of the Holy Spirit, the preaching of the Gospel of Jesus Christ, or fidelity to the witness of scripture and the traditional teaching of the church. None of these are apparently regarded as signs of a vital congregation. Yet without these things our church is living in the fantasyland of a market driven business plan to sell spiritual junk food.

And that is why the entire document is a distraction, a clever myth – directing us away from the message to which Peter was an eyewitness toward a group of management and PR tricks designed to increase our share in a declining market for overt religiosity. It is pandering to a market for which we do not and should not have anything to offer. It measures success without reference to the gospel, and therefore has no grounding in reality.

I also have expressed wariness at the Call to Action report, both in its methods and its conclusions. And while I’m not about to throw it out wholesale, the way how the “business of church” has gotten so bad that it supplants the Gospel message as our first concern is disheartening.