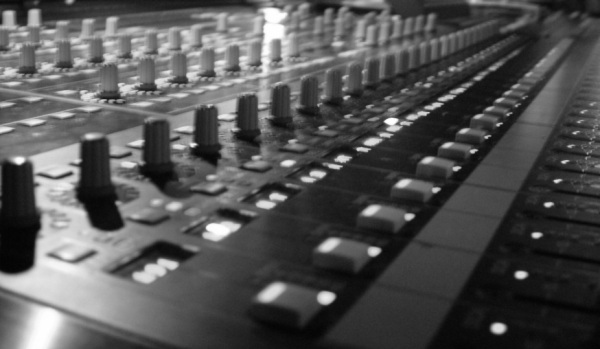 My first job in high school was detailing cars. It was a simple setup: I cleaned and vacuumed the inside of the car, the other guy cleaned and waxed the outside. Any problems with either area was the responsibility of one person. Two jobs, two guys…done. So we had to know our areas inside and out, and to this day while I can detail the inside of a car easily I still am terrible at waxing.

I recount this because a few months back I got my car professionally detailed for the first time in my life. I was struck that the place had six workers on each car. One did the windows, one did the tires, one de-insected the front grill, one did the interior vinyl, one waxed and one vacuumed. And…they took as long as we did back in 1996! And I doubt they could do much  beyond their assigned area. So while I was glad that more people are being employed, it was weird that over a decade later, the profession required more people to accomplish the same task in the same amount of time.

Along the same lines, InternetMonk (which has been carried forward since its creator’s death from cancer a few months back) posted two letters one day a month back talking about the “work” of church. The first is from 1972 that has a megachurch pastor claiming it takes 365 people to do the work of the church for the entire year. The second is from 2010 that has Northpoint Community Church (which we’ve blogged about before) claiming it takes 2,000 people just to run weekend church services.

So like the auto detailing business, from 1972 to 2010, it seems like the number of people required to “do” church has increased considerably. When you do the percentages (1972 church had 7,000 members = 5.5% are workers, Northpoint has 23,000 members = 8.5% are workers), it still indicates that it takes more people to do worship on Sunday morning. Keep in mind that those numbers from 1972 referenced the entire ministry of the church, not just a Sunday service, so the 1972 numbers would be significantly lower.

I examined my church this past Sunday. 148 attendees. Here’s the jobs list that I was aware of (all different people)

And my church doesn’t have a full tech team or media ministry. But 42/150 had or did at least one job (28% of the worshipping attendance that day). That is not including those who greeted visitors or passed notes or prayed or read the bible along with the lector (me).

I’m still wondering what to make of this.

What do you make of this phenomenon? Is worship becoming a bureaucracy where teams of people “present” worship and the behind-the-scenes crew will outnumber the choir or the worshippers eventually? Or is worship becoming an immersive experience such that helping with worship becomes part of worshipping God?