Home/Church Talk/If we are the Body, why aren’t our Bishops Skyping? 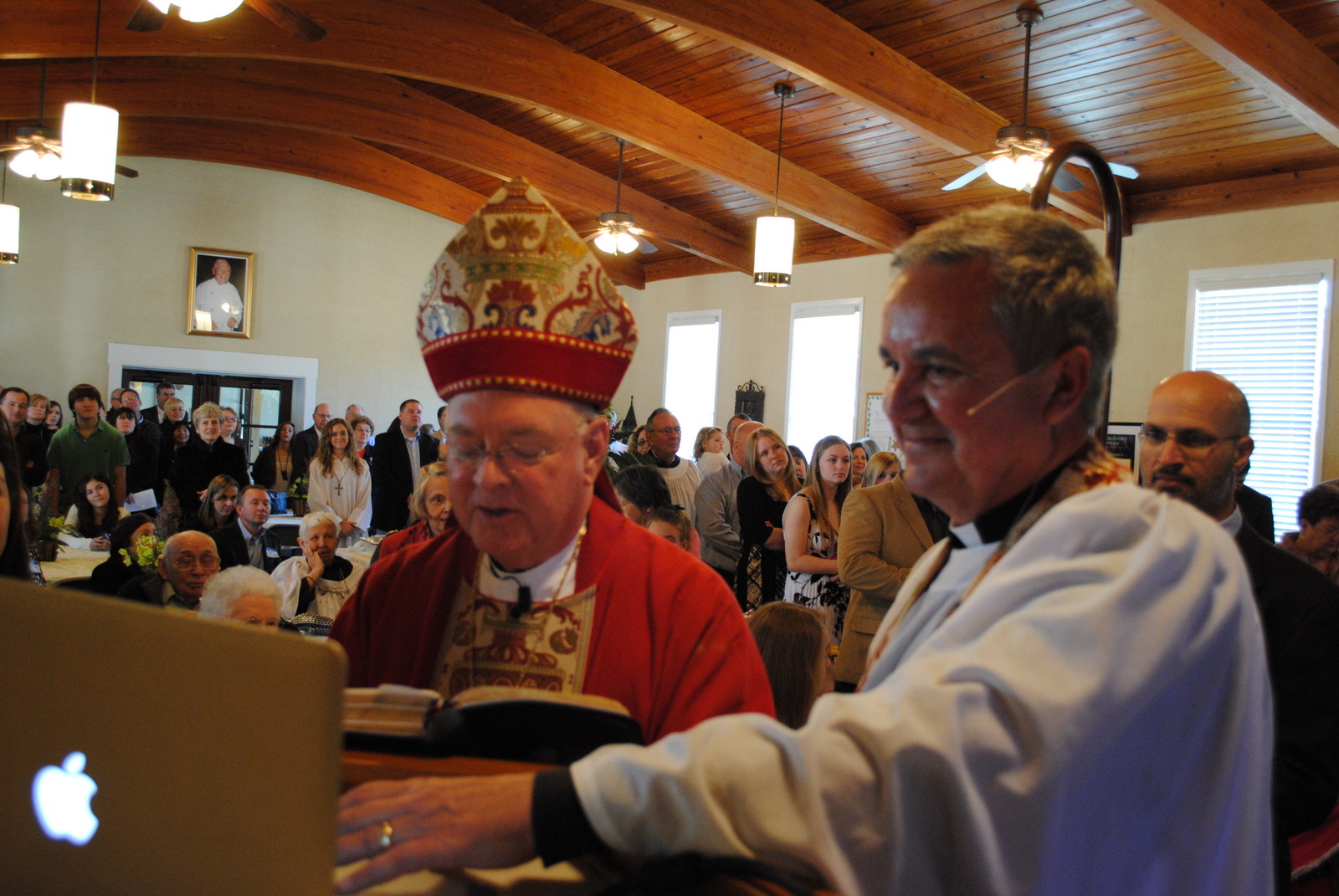 As the church continues to embrace the digital world through tele-pastors who are projected across several sites, digital bibles that are immersive media experiences, and other ways…the primary theological pushback is this: how can a digital church be the Incarnate Christ for the world?

One step closer to the digital/incarnate divide was taken this week by an Episcopal church in Panama City that received in a new member through Skype:

At the 10:30 service on January 16th, Holly Kuster was confirmed, along with 14 others, into the Episcopal Church…Around the same time, Aaron Kuster made his way to the base chapel in Qatar. There, he found an Episcopal Prayer Book and waited.

Special note: this is also my good friend Joseph’s diocese and here’s his blog writeup of this.

I’m fascinated by this, especially as it wasn’t just a local church but a Bishop that embraced technology as a way to unite a body of Christ across the distance.

In the book Thy Kingdom Connected: What the Church Can Learn from Facebook, the Internet, and Other Networks, Friesen writes about the primary role of the church: relationships.

Hence, the action of the reception of a new member via Skype seems theologically plausible as it is an extension of the relationship Christ has with the Body. If we continue to better understand the church as a networked hub, then digital expressions of otherwise altar-bound actions will become more commonplace.

Questions remain about how this extends to other rituals. Can communion, a celebration of Incarnation, ever be digital? Can the elements be consecrated in a worship context across the globe? What is the horizon where beyond lies insufficient relationality?