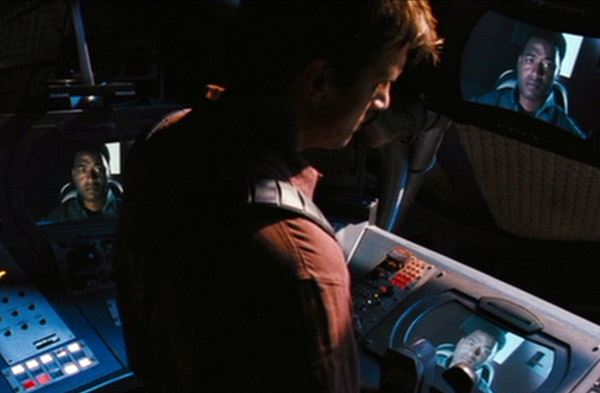 Adam Savage from Mythbusters is famous for a particular quote: “I reject your reality and substitute my own.” He first said it when he was told that something he said on camera was not remembered correctly and when confronted with it, he said the above quote.

Such a statement is a reflection of belief: I reject your belief and substitute my own…even if the reality completely negates the belief. Beliefs have an immense inertia: they are often a rejection of the world around us and a substitution of a concept that makes sense.

In the 2005 movie Serenity the bad guys are the Alliance, a militaristic galactic empire shrouded in democracy. Their narrative is that they are creating a better world:

Operative: I believe in something greater than myself. A better world. A world without sin.

To the Alliance, the ends justify the means: in this case, horrific means of assassination, cutting off food supplies to colonies, and genocide via a planetary sedative. Their narrative leads them to do anything to justify their goals, and go to the point of sedating people so they follow the scripts given to them.

On the other side of the conflict are the good guys led by Captain Mal Reynolds. Their basic narrative is summed up by River succinctly:

River Tam: People don’t like to be meddled with. We tell them what to do, what to think, don’t run, don’t walk. We’re in their homes and in their heads and we haven’t the right. We’re meddlesome.

Mal exemplifies this as he travels the galaxy on the wrong side of the law, just looking to keep his ship running, but he keeps on conflicting with the Alliance as they seek to bring planets under their control and imprison people they think they own. The entire series Firefly shows this narrative clearly.

In the movie, when their narratives clash, Mal’s speech to the ragtag group of rebels to join on the most ridiculous plan to stop the Alliance echos the Mythbusters quote:

Malcolm Reynolds: Sure as I know anything, I know this – they will try again. Maybe on another world, maybe on this very ground swept clean. A year from now, ten? They’ll swing back to the belief that they can make people… better. And I do not hold to that. So no more runnin’. I aim to misbehave.

Mal has succinctly identified the shortfalls of the other side’s narrative and substituted his own. His narrative gives him drive to combat not only the people who are arrayed against him but their entire worldview. His conviction drives him to seek justice and give voice to the voiceless, even at great expense to himself. He rejects their narrative and substitutes his own.

When people are in AA, the first thing they do is stand up and say “I am an alcoholic.” They are removing their own narrative of “I can quit any time” and “I’m fine” and replacing it with a new narrative that says the reality. And by doing so, they open themselves up to transformation.

While we may not be in a 12 step program, we are suffering from a script. Walter Brueggemann gave a talk where he outlined 19 Theses about the clash of the world’s and the church’s narratives. Here’s the first few:

1.     Everybody lives by a script. The script may be implicit or explicit. It may be recognized or unrecognized, but everybody has a script.

2.     We get scripted. All of us get scripted through the process of nurture and formation and socialization, and it happens to us without our knowing it.

3.      The dominant scripting in our society is a script of technological, therapeutic, consumer militarism that socializes us all, liberal and conservative.

4.     That script (technological, therapeutic, consumer militarism) enacted through advertising and propaganda and ideology, especially on the liturgies of television, promises to make us safe and to make us happy.

7.     It is the task of ministry to de-script that script among us. That is, too enable persons to relinquish a world that no longer exists and indeed never did exist.

In the church, we reject others’ reality and replace it with our own. Sometimes to a fault, to the point where we reject evolution, fail to see the movement of the Spirit to include the lepers, and think that we are to rule this world through force of law and not the law of love. We do fall short. But true Christianity rejects the scripts, rejects the narratives that are counter to the Gospel and counter to the dignity of every human being.

The most important part is that we are writing our own narrative and perhaps writing it alongside the Scripture’s story. If we believe something, we will no longer be buffeted by the world that tells us that we aren’t pretty enough, skinny enough, smart enough, drugged up enough. We can prevail, we can reject that reality and substitute our own.

We close with the final words of the priest in the Firefly series:

Shepherd Book: I don’t care what you believe in, just believe in it.

May it be with us.