An art.hack is the use of an artistic medium to show an alternative or contemporary understanding of the Christian message, often using dissonance.  Click here for a list of art.hacks. 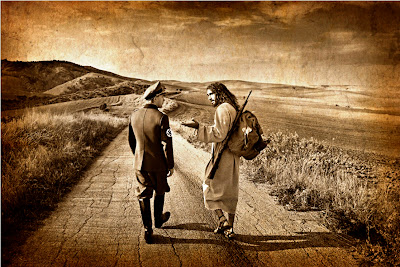 Blogger and Pastor Eugene Cho posted the picture up for discussion on his blog here.
Thoughts?  What is evoked in you from this image?
::edit::  a commenter found the original work by Michael Belk, so here’s the original
To find out more about opening Christian systems and other “hacks” visit Hacking Christianity or follow UMJeremy on Twitter