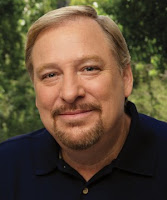 But even in our bias we didn’t think he could combine all three into passively accepting state-sanctioned death to gays.  Wow.

Genocide is defined as the deliberate and systematic destruction, in whole or in part, of a people group.  In Uganda, the government is deliberating a bill that would criminalize homosexuality, call for the death penalty of gay persons with AIDS, restrict free speech, and harsh punishment for straight people who do not turn in gay acquaintances.  There really is no other term to describe this bill other than genocide…the state-sanctioned kind.  If such a law was passed in America, that’s what we would call it.  For complete coverage, scroll to the links on Box Turtle Bulletin and watch the video on Matt Algren’s page. 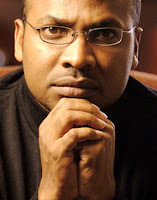 Why is this being posted here?  Because Rick Warren is personally involved in this process.  He contributed to the rise to power of Pastor Martin Ssempa (pictured to the left), one of the main proponents of this bill.

Ssempa is known for his boisterous crusading. Ssempa’s stunts have included burning condoms in the name of Jesus and arranging the publication of names of homosexuals in cooperative local newspapers while lobbying for criminal penalties to imprison them.

Rick Warren is actively involved in Uganda and made Martin Ssempa the super-pastor he is today (he was a frequent guest in his pulpit and is pictured to the right with Rick Warren’s spouse Kay)…and now refuses to critique his involvement or his former accomplice. While Warren states that he has separated from Ssempa as of 2007, he won’t comment or involve his organization or himself on this issue of genocide.

Why?  Warren states that he doesn’t want to get involved in the political process of other nations.  In his own words:

“The fundamental dignity of every person, our right to be free, and the freedom to make moral choices are gifts endowed by God, our creator. However, it is not my personal calling as a pastor in America to comment or interfere in the political process of other nations.”

That’s a bit hard to swallow when Warren advocated that the Iranian President be assassinated a year ago and has clearly shaped the political process in his work on AIDS advocacy in Uganda itself.

So when will Warren “enter” the political world to stop a state-sponsored genocide of sexual minorities?  Here’s the tipping point:

“Our role, and the role of the PEACE Plan, whether in Uganda or any other country, is always pastoral and never political. We vigorously oppose anything that hinders the goals of the PEACE Plan: Promoting reconciliation, Equipping ethical leaders, Assisting the poor, Caring for the sick, and Educating the next generation.”

Again, just using his own words….if the bill becomes law, the A and C parts of the PEACE Plan would become ineffective.  A human rights commission states:

“HIV prevention activities in Uganda, which rely on an ability to talk frankly about sexuality and provide condoms and other safer-sex materials, will be seriously compromised. Women, sex workers, people living with AIDS, and other marginalized groups may also find their activities tracked and criminalized through this bill”

Rick Warren has no excuses left.  He made the political power behind the bill, he has said he would oppose any measure that hurts his Plan, and clearly has no problems getting involved in the political process.  Rick Warren, by his silence and disregard, is contributing to the genocide of a people group.  Andrew Sullivan summarizes it better than me:

Just as [Warren] publicly inveighed in favor of stripping gay couples of civil equality in California, and then pretended he didn’t, now he distances himself from Ssempe, while refusing to condemn this law reminiscent of early attempts to wipe out minorities in Serbia, Nazi Germany, and Rwanda. This is classic avoidance in an atmosphere of extreme danger. It is the same as the Catholic church’s disgraceful neutrality in Rwanda and Nazi Germany, as they saw a chance to enable others to wipe out a minority they wished could be wiped off the face of the earth…

[Warren] has taken sides, whenever possible, to stigmatize, demonize and now physically threaten the lives of gay people in his own country and abroad. And his silence on this issue means the deaths of others. Warren needs to come out and condemn this law as evil, which it is. And to stop hiding his own enmeshment with the most virulent forms of fundamentalist hatred under the veil of media-savvy benevolence.

A bad.hack on this blog is one that closes a Christian system down and denies God’s grace.  As Sullivan writes above, anytime a Christian system chooses silence and disregard for human life over action and speaking up for minority groups, they are closing the door in the face of prophetic engagement with culture.  For decades Christians have become increasingly involved in politics…why stop now when human lives are on the line?

In conclusion, many atrocities can happen when the people look away when people need them. As my pastor friend Karen Oliveto remarks “to do/say nothing in the face of injustice is to already take a side.” Rick Warren knows this as he twittered on Tuesday “Globally last yr 146,000 Christians were put to death because of their faith. No one, except Christians, said anything.”  By posting that and condemning the rest of the world for passive acceptance, he acknowledges that the Christian response is to respond, to take a side, because silence is itself passive acceptance. And yet he refuses to do so himself.

It is my hope and prayer that Warren, who has changed his mind in the past on important issues, comes around and brings the full weight of his organization and social witness against this issue.  Even if you find homosexuality incompatible with being Christian and outside the human condition, I hope you join in that prayer for the sake of saving people’s lives.