Home/Hacks/art.hack/The Matrix, The Architect, and God 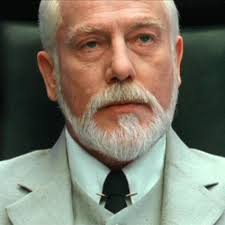 The Matrix Trilogy is a Christian Hacker’s dream of nuanced meaning, theological dilemmas, and the sci-fi world of humanity v. machine.  It makes me sweat.

In the Matrix Trilogy, the character of the Architect describes how the machines (who have taken over the world and enslaved humanity into a drea world) dealt with the variable called human free will which refused to be controlled or pacified:

[The Architect]: The matrix is older than you know. I prefer counting from the emergence of one integral anomaly to the emergence of the next, in which case this is the sixth version…You are here because Zion is about to be destroyed. Its every living inhabitant terminated, its entire existence eradicated…

The function of the One is now to return to the source, allowing a temporary dissemination of the code you carry, reinserting the prime program. After which you will be required to select from the matrix 23 individuals, 16 female, 7 male, to rebuild Zion. Failure to comply with this process will result in a cataclysmic system crash killing everyone connected to the matrix, which coupled with the extermination of Zion will ultimately result in the extinction of the entire human race.

The Architect rules the world even though all of life hinges on the unpredictability of a single human response.  And each time that human life becomes able to pose a threat, the Architect manufactures events to force a reset of the system (and thus its continuation).  The Architect plays God with unpredictable humans and does well until he accepts a different outcome in Neo, the seventh anomaly, who introduces a lasting change of peace between human and machine.

I know it has been a few years since these movies came out (I remember taking a group of 20 religion students to the first movie when it came out), but it is striking how when what I’m reading screams realization of what a movie plot point might mean.

In Kester Brewin’s book Signs of Emergence, he outlines how God moves from transforming the world through revolutionary tactics (floods, smiting, etc) to transforming the world through evolutionary tactics (becoming human and embodying God’s wishes rather than dictating them).  One of the hinge points is in the Tower of Babel story where God scatters the human race that sought to reach God through illicit means:

We have seen that this sort of violent action iis pretty characteristic of God in Genesis: casting out and cursing, flooding and scattering, circumcizing and bartering over the destruction of Sodom. And like all revolutionary change, its effects are not transformative. People are scattered but continue to build cities…if God wanted to transform his creation, he couldn’t keep periodically pressing “reset.”

In the end of the Matrix, humans and machines presumably learn to co-exist in harmony rather than dictated existence as slave and master.  In the continuing story of the people of God, our God has chosen to stop smiting the world and pressing reset (reminding us every time a rainbow is in the sky that this is not God’s way) and instead works with us to transform our hearts, turn our minds away from cyclical sin, and work alongside us for our redemption.

The only thing working against God: Free will, our human frailty, the anomaly that is part and parcel to Creation that God cannot stamp out or filter.  As the Architect succinctly says:

As you adequately put, the problem is choice.

God has chosen to stop the cycle, and has placed a huge section of that responsibility in your hands.  What will you do to hack the system, to stop those seeking to domesticate humanity (and thus God), and instead open the system to all those who seek God’s presence in their lives?

Or will you choose the door on the right, back to the Matrix, and keep the system in place?