Everything’s Up To Date in Kansas City

In the Rogers & Hammerstein musical “Oklahoma,” there’s a song when a character returns from an out-of-state trip to Kansas City. The first refrain goes like this (updated language from the original Okie):

“Everything’s up to date in Kansas City
They’ve gone about as far as they can go.
They went and built a skyscraper seven stories high,
About as high as a building oughta grow!”

The song, set in homestead days, leaves its 1943 audience amused that the 1906 Oklahomans believed a building could only be 7 stories tall. The rest of the song is about radiators, indoor outhouses, telephones, and other technological marvels. Each verse ends with the refrain “they’ve gone about as far as they can go.”

Kansas City has reached the apex of civilization, it seems, and it couldn’t possibly do any better, amusing modern audiences with technology dwarfing the homestead days.

Everything’s Up to Date in…United Methodism?

It’s may be hard for urban Kansas City to see why. In most rural towns dotting the American landscape, the local United Methodist Church is the most progressive voice, even if their pastor is a stalwart Traditionalist. In towns that lack other mainline perspectives, a church that affirms women as clergy and has agencies dedicated to race, gender, and social justice efforts, is a progressive church indeed, by comparison. Having served as the most progressive pastor in a rural Oklahoma town, I can attest to this experience. For many pastors and laity, they experience The UMC as being the most progressive voice in their relative circles.

But a red line has been found, it seems, with the debate over LGBTQ inclusion in The United Methodist Church. United Methodists, having debated LGBTQ inclusion for over 46 years, with no leniency in their polity, embrace the Martin Luther quote “Here I stand, I can do no other” and refuse to allow same-gender marriages in the Church. They believe they’ve gone about as far as they can go.

I wonder if that red line has been crossed before and if Methodism has gone further than they thought they could have gone before.

Marriage has gone about as far as it can go.

The Methodist tradition thought marriage had been clearly defined and “gone as far as it could go.” But then it went further in both church and society.

At least twice when Methodism believed that marriage had been stretched about as far as it could, the Spirit opened up relationships to the full spectrum of characters and qualities. And the populations opposed to the Spirit’s inclusion moved on to a new scapegoat: first divorcees, and now LGBTQ persons.

Will the Spirit open up the church to LGBTQ relationships, or is the status quo “about as far as they can go?” 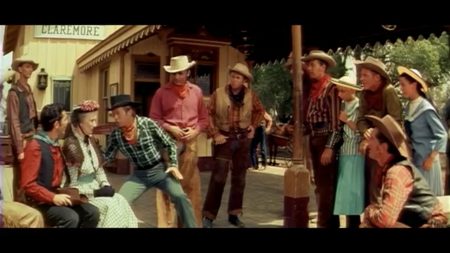 Is everything up to date?

It’s not a fair comparison between technological advancements in Kansas City and ecclesial advancements in The United Methodist Church. Being “up to date” is not a value of the Church, as evidenced by its opposition to science, reason, and human rights.

Too often the Church is what Martin Luther King Jr. called a “taillight rather than a headlight,” holdouts when it comes to human advancement in its doctrine, polity, and practices. This entrenchment is done in the name of wanting to be a church that honors their grandfathers, rather than be a church that even exists for their grandchildren.

But it is still odd when you put the shifting definitions of marriage in comparison with today.

The United Methodist Church has gone further than it thought it could go, and now reads Jesus’ support of divorce in a different light in the 21st century than it did in the 20th century. It finds charitable arcs of scripture to support women’s ordination that it had previously dismissed. The plain reading of Scripture has evolved as it expands the circles of ministry and marriage to more and more people.

But right now it is stuck, and it even has women and divorcees advocating against allowing ordination and marriage that they would have been denied a century earlier. And we wonder if and when we will see that our current prohibitions are not as far as we could go and that the Spirit calls us to “draw the circle wide.”

Questions to ask your Traditionalist friends who oppose LGBTQ inclusion in The United Methodist Church to see about their changing criteria for seeing God’s inclusive love:

Society granted women the right to vote before women could become clergy (with full voting privileges) in The UMC. Society passed the Civil Rights Act before The UMC eliminated the racist “separate but equal” Central Jurisdiction. While not everything endorsed by society is appropriate for the Church, sometimes the Spirit moves through culture faster than it moves through the Church. Even Traditionalists now benefit from an inclusive UMC that allows women and divorcees to become pastors.

Like the medieval church that sold indulgences and then was unable to combat the corruption in the secular society, the Church has been “out of date” for so long that we are unable to commit our resources to be prophetic against the culture of violence around us. As contemporary society looks to the businesses as skyscrapers of human equality, the Church is kept in the ecclesial homestead instead of turning our resources, vision, and grace against society’s sins of violence, hatred, murder, and discrimination.

May we see that the Spirit calls us further than we thought we would go. It has before. And it might be now.