History shows that when multiple options are debated at General Conference, everyone loses and the debate continues to the detriment of all. 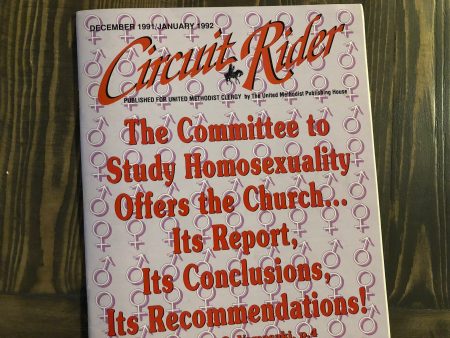 Wait, is that a plural?

It was reported back in November 2017 that the Commission on A Way Forward (tasked with making a recommendation regarding unity and LGBTQ inclusion/exclusion for a special called session of General Conference in February 2019) was debating three Ways Forward for the United Methodist Church. I didn’t jump on it or write about it then because I said: “surely they would narrow it down in the coming months to a single Way Forward.”

Instead, the most recent report from January 2018 indicates they are still moving forward with recommending three ways forward. They are making each into a full-fledged proposal suitable to be presented to the Bishops in the very near future (only 125 days from this writing to the deadline for GC legislation).

All that matters is that the Commission on A Way Forward must put ONE recommended path up for a vote. One road, one direction.

Because if they don’t, if they float multiple paths, they risk ruin: a repetition of the same cycles that brought us to this point. And all their work will have been for naught. Again.

The first “Way Forward” failed because it recommended multiple paths to the General Conference.

The third point became the most problematic because the committee recommended TWO ways forward instead of one recommendation. Here’s the recommendation from the Circuit Rider pictured above:

You can guess what happened. Neither group’s recommendation prevailed in 1992, and four people upended an entire committee’s years of work. The only substantive change was affirmations of protecting secular rights of LGBTQ persons–which had consensus from the Study Committee.

Four people, less than 15% of the committee. That’s all it took because the Commission voted to put forth multiple approaches due to a lack of unanimity around one. And that lack of leadership ultimately sunk the committee’s work entirely. 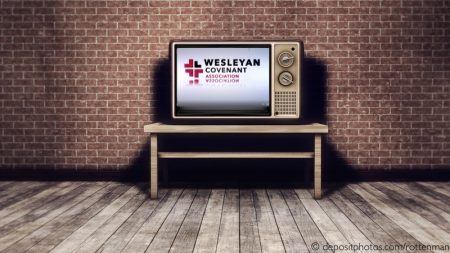 The Known Unknown: The Minority Report

The reality is that there will inevitably be multiple plans debated at the special session of General Conference. There is no way to stop a second plan to be debated because of a peculiarity in General Conference Rules.

The known unknown for 2019 is the minority report/substitute legislation which will be inevitably put forth by those opposed to LGBTQ equality, most likely the Wesleyan Covenant Association but perhaps from the broader Renew and Reform coalition.

This is a predicted action because the pattern at previous General Conferences has been even when legislation restricting LGBTQ equality loses in committee, it endures in the form of a “minority report.” These reports are legislation written by people who voted against the majority-carried legislation. They are often quick affairs written around a table in the hours after a committee’s final vote.

One would think haphazardly-written minority legislation wouldn’t get anywhere. But one of the problems with the UMC’s version of Robert’s Rules is that minority reports receive votes BEFORE majority reports. So before the legislation that a majority of a committee supported is even debated, we first discuss whether to substitute the unvetted legislation that a handful of hold-outs wrote.

In 2008, the above is precisely what happened. A minority report was voted on before the majority compromise legislation, and as a result, our polity only was even more firmly restrictive towards LGBTQ persons than anything in the committee, but the same revision also removed our condemnation of marital rape out of our Social Principles.

So no matter what plan(s) AWF comes up with, a minority report (either written by the AWF dissenters themselves, or a substitute motion by WCA later) is guaranteed to come forward, which has historically been written outside of committee discernment by those most opposed to LGBTQ inclusion.

There’s a reason why some are advocating for AWF to present multiple options: history has shown that when United Methodists are given a choice, they will always pick the one that is more discriminatory to LGBTQ people.

Even when a small group of people has studied a topic for years, if its very moderate recommendations share space with a proposal that requires people to divorce their same-gender spouses before seeking to serve as clergy, General Conference delegates will pick the latter.

So we’re nearing that critical moment for A Way Forward if they want a fair hearing to their work:

The reality is that any WCA counterplan will always be in a better position. Minority reports are voted on before majority legislation, per our rules. That guarantees the AWF legislation will not get a vote on the floor of General Conference unless it is incredibly strong with a broad base of support to survive the minority report challenge. It won’t get there at all if there are Three Ways Forward.

In short, if AWF puts forth three “possible paths,” they will have abdicated their role as leaders for the denomination. By punting to the Bishops (who we know would not choose one of the three plans but would also punt to General Conference), they repeat the errors of the 1992 folly and will fail to resolve the best way forward.

No matter what, we will debate at least two plans at General Conference. It’s up to A Way Forward Commission if they want the one they write to survive to the floor, or if they want years of work to be substituted and replaced before it even gets a fair hearing.