You are here: Home / UMC / A Hostile Takeover during a #UMC Ceasefire 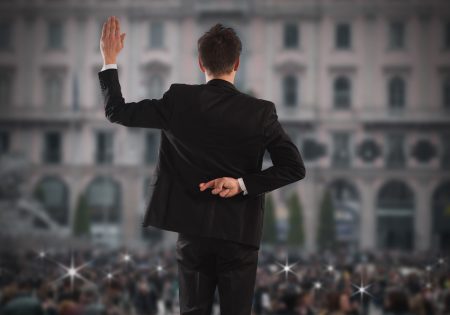 Wait on the Commission?

Back in July 2016, one refrain of the criticism levied at the Western Jurisdiction for electing a well-qualified clergywoman as bishop (who happens to be married to a woman) was that the West was moving too fast. From a Southern pastor a few days later:

The Rev. Ed Tomlinson, pastor of Lanier United Methodist Church in the North Georgia Conference, said he is disappointed that the Western Jurisdiction did not wait to see what the bishops’ commission would do.

And from a Bishop a few days after that:

Our church deserves the best possible way forward. Knowing the magnitude of the task and that its impact will be of historic proportion, please give time to wait on the Commission even if others in the Church are not doing so.

It is a concise  argument: stop doing things to exacerbate tensions while we wait on the Commission. Have a ceasefire while the negotiations are underway. I wish Ohio right now would agree.

But just as the fingers were pointed at the West for not waiting on the Commission, we see that forces were quietly engaged in a hostile takeover of at least one local church in The United Methodist Church.

In October 2017, Bishop Elaine Stanovsky sent a notice to the Pacific Northwest Annual Conference of a suit brought against the Conference by one of their own:

I want you to be aware that the Rev. William St. John, supported by some members of Mead United Methodist Church, filed a lawsuit against The Pacific Northwest Annual Conference. With this suit, they seek to have the church’s property title transferred to a newly established organization they created and named Mead Community Church…

As with any lawsuit, The Pacific Northwest Annual Conference will defend the administrative processes and protections of the Book of Discipline, including the trust clause on property, even as we continue to seek a just resolution of the dispute…Methodists have had a presence in Mead since its earliest days; in this case 1884. The church was planted, nurtured, invested in, and prayed over by countless Methodists, many who called Mead United Methodist Church their home and by Methodists across the northwest, connected through The Pacific Northwest Annual Conference.

Given that I’m now serving a church in the Pacific Northwest Annual Conference, I took an interest in this story–and what I found was disturbing on a number of fronts.

The Breadcrumbs lead to…

While usually this blog has to do serious digging through Methodist communications, polity, and standards…this time, it was all written up for me in their newsletter. Really! Click here for a copy of their newsletter article, but here’s the relevant quotes from Pastor Bill:

Why have we done all of this? It was back in June of 2016, that our congregation voted unanimously to become a part of One Spokane, a church located in Spokane Valley, that was looking for a site on the North end of Spokane to which it might expand its ministry. However, the Pacific Northwest Conference was unwilling to allow us to merge with One Spokane, and told us that the only way forward was to close the Mead Church and allow the conference to sell the property to One.

So the action to leave happened before the election of Bishop Oliveto. And it isn’t to go alone–it is to become a satellite of a non-denominational evangelical church. Interesting. Pastor Bill continues:

I contacted John Southwick, the former pastor of Green Bluff Church, who I knew from New York (actually he was my predecessor as Associate Pastor of Trinity UMC in Newburgh, NY) and who had worked for Good News Magazine, asking him if he knew anyone who might help us in this situation. He gave me the name of Keith Boyette, who was a pastor in the Virginia Conference, and had been on the Good News Board of Directors.

Okay. So Southwick was a former employee of Good News Magazine. Boyette is now the President of the Wesleyan Covenant Association. Pastor Bill continues:

It happens that Keith, who had been a lawyer before entering the ministry, was the person who argued the case before the Judicial Council, against the Western Jurisdiction for consecrating an openly lesbian bishop. The Western Jurisdiction, by the way, lost that case and was directed to remove that bishops credentials. They are still stalling taking any action on that directive.

Flat out wrong. The Western Jurisdiction was not directed to remove the Bishop’s credentials–they were directed to another process. How sad for these parishioners to not receive accurate information from their pastor! Makes you wonder…

And here’s the final lines:

Keith Boyette directed me to Daniel Dalton, a friend of his who happens to be an attorney who specializes in land use litigation…Jamie Blackhart, of One Spokane, stepped in and offered to pay those expenses [for Attorney Dalton] on our behalf…we signed a letter of engagement for Dan to provide his services, and began the process that has led us to where we are today.

To summarize the above section:

But where does the property go if they win?

So what is the endgame? Ah, this is the fun part. The pastor of One Spokane wrote two posts that had these troubling details:

The Mead Methodist Church is interested in merging with ONE*.  That would mean all ONE*, and they would attend our services!! The expressed intent from the Pastor and Congregation is that, if things go well, they would be interested in gifting that church and the 7.5 acres to ONE*. (source)

The details of the Mead United Methodist Church property are still developing. In the meantime, we’ve moved forward with a lease option. This will allow us to launch Sunday services sooner rather than later. The lease was recently signed. Now we are updating and improving the building to meet our needs. (source)

So the nondenominational church was promised to get the church property for free (valued at almost $1 million) and has taken over operations from the squatting congregation, including physical ownership. This is not a rural unwanted property: Mead is in a growing suburb of Spokane, Washington, and a great candidate for the type of renewal and replanting ministries PNW is doing well at (and that nondenominational church knows it).

If a North Georgia church wanted to give its property to a Unitarian Church for free, you can bet the conservative leadership would raise a stink about it. But when it is a progressive conference losing a conservative congregation, they don’t care–and perhaps even celebrate it.

Even as I am concerned for the local church, I’m more concerned about how many more of these situations are out there.

Just as the Wesleyan Covenant Association warmly embraced their own board member who took United Methodist property with him as his church went non-denominational, we see that the Wesleyan Covenant Association has no problem facilitating the transfer of United Methodist property to another non-denominational church. Every church that leaves Methodism makes it weaker and easier to bargain with or hold hostage when the Commission releases their work.

My hope is that United Methodists see through the efforts of their pastors and leaders to exit their congregations before the Commission is finished. Generations of United Methodists who supported the church until today deserve better respect from the current occupants. And be sure to sound the alarm before it is too late.