You are here: Home / Theology / Empire and Liberation / Liberation 01 – Introduction to Liberation Theology

The first in our series on theologies of liberation: what are we talking about anyway? 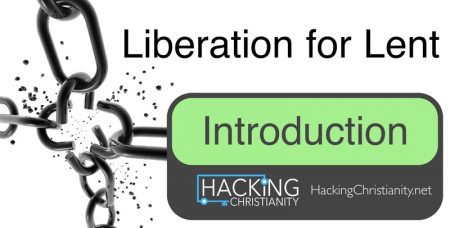 What could be considered to be the main tenets of theologies of liberation?

The following is an excerpt from an academic blog that we will be discussing later in this post, so I apologize for the academic language, but I do find it helpful:

1) The divine preferential option for the poor, the excluded, and the destitute of this world. The church has to become the church of the poor, sharing their sorrows, hopes and struggles. Initially the accent was mainly socioeconomic, but it was gradually widen to include other categories of social exclusion (indigenous communities, racial and ethnic minorities, women).

2) A historical understanding of Jesus’s proclamation of God’s kingdom. The kingdom is conceived as referring not to some otherworldly postmortem realm, but to the unceasing hope of a social configuration characterized by justice, solidarity, and freedom. Leonardo Boff and Jon Sobrino perceive Jesus as the Liberator, going back to the semantic roots of the term redemption (the deliverance of a captive or slave).

3) The retrieval of the subversive memories inscribed in the sacred scriptures, hidden below layers of cultic regulations and doctrinal orthodoxies, but never totally effaced. A specific hermeneutical and exegetical concentration in the Exodus story as a paradigm of the liberating character of God’s actions, in the prophetic denunciations of injustice and oppression, and in the confrontations of the historical Jesus against the Judean religious authorities and Roman political powers and his solidarity with the nobodies of Judea and Galilee.

4) Theology cannot be reduced to an intellectual understanding of the faith, but must also be a practical commitment for historical transformation. The category of praxis, partly borrowed from Paulo Freire’s pedagogy of liberation, partly an adaptation of Marx’s eleventh thesis on Feuerbach (“philosophers have hitherto only interpreted the world in various ways; the point is to change it”), acquired normative status. History, therefore, as the realm of the perennial struggle against oppressions and exclusions, emerged as the locus for Christian praxis.

5) God is reconceived not as an immutable and impassible entelechy but, according to the biblical narratives, as a compassionate Eternal Spirit that hears and pays close attention to the cry of the oppressed and whose action in human history has the redemption of the downtrodden and excluded as its ultimate telos. Herein might be located liberation theology’s main theoretical epistemological rupture and reconfiguration: a novel way of thinking about God’s being and action in history. Instead of contriving arcane scholastic definitions of divine essence, God is referred to as Liberator.

Today’s reading is the source of the above summary:

We turn next to Liberation Theology as conceived by one of its founding sources in Latin America and a close look at Gustavo Gutierrez, one of the thought patriarchs of Liberation Theology (though each tradition has their own key voices, of course). It will be great to read primary material!