Are we playing dirty or abiding in prayer in this interim time? 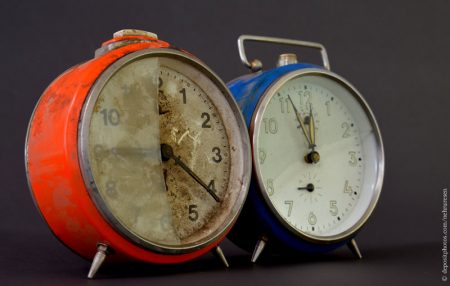 The United Methodist Church is in a period of active waiting. Much like Advent when we are waiting for both Christ’s return and the Christ Child to be born, there’s a lot ahead of us.

General Conference 2016 commissioned a Bishop-led process to do intense study on LGBTQ inclusion or exclusion and what that means for church unity. It will likely result in a special conference called in 2019, about two years from this blog post, in what likely will be an epic conversation.

So, in between today and 2019, what are United Methodists called to do? Yes, we are called to pray for the Commission, and that’s what I do in my daily prayers–and you should too.

But how are we to hold ourselves and act in this interim time?

The Rev. Shane Bishop, a pastor in Illinois, wrote on his blog what he plans to do between now and then:

[O]ur denomination has a procedure in place to lead us and I am content to trust that process. When the outcome has been revealed, pastors and churches may respond according to their own sense of call, conviction and conscience.

In the meantime; I am going to preach Jesus from the pulpit. Within our tribal dialogue, I will clearly state where I stand on the issues before us, let people see my heart, refuse to vilify those who disagree with me and control my own impulses.

I’m thankful for this sentiment of trust in the process and waiting to see the product. And I try to do those things in my ministry context and online.

However, those groups led by and closest to the Rev. Bishop seem to be misinterpreting what he means by “in the meantime.”

Or in the Mean Time?

In United Methodist wild west of caucus groups, some have misinterpreted his phrase “in the meantime” to be “in the mean time,” giving license to be meaner than before.

The Rev. Bishop is on the Leadership Council of The Wesleyan Covenant Association, which has twice in recent weeks made a turn to the mean:

These are problematic productions. What I’ve noticed about the WCA is that every word is intentional. The Chicago event was well-scripted. The emails are carefully worded. And that means these insulting and incendiary videos are meant to be just that.

So we have to ask: Is this how we are supposed to spend our “in the meantime?” By mischaracterizing one another and behaving even more badly than before?

I don’t believe playing dirty is what we are called to do as United Methodists.

Not just the WCA

I’m afraid it only gets worse when you look at the wide range of caucus groups and individuals supporting the WCA. The rhetoric from online tells a different story than peaceful waiting “in the meantime.”

One has only to wander into 3,300 member United Methodists for Truth to see the vitriol poured out against progressives and LGBTQ Methodists day after day. For years, the rhetoric against those in authority was collected on sites like UMBishopWatch and UCM Page.

And there’s a creep in tactics as well as those ragged fringe efforts influence how the established caucus groups act. Good News Magazine, which used to be stilted but aloof commentary, recently shared a private email as well, matching their tactics to the vitriolic fringe (Here’s the dead link–they eventually took it down after it ran its course).

These groups are the base demographic and power players of the Wesleyan Covenant Association. Little wonder such videos are meant to mischaracterize their longtime opponents in the faith. You can’t claim to be a responsible peaceful opposition who “refuses to vilify others” with such expressed resentment and tactics. 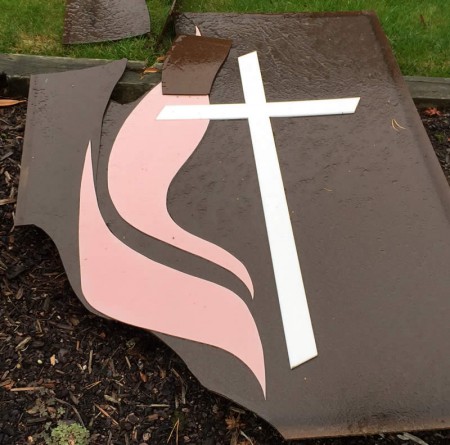 In closing, the WCA video by the Rev. Barnett (who is leaving his moderate Texas church after only a 2.5 year appointment and switching to a Central Texas church whose Bishop Lowry is more WCA-aligned), ends with a curious statement:

“God bless you, and God bless the Methodist Church.”

Now, that’s odd. No, not the way how it sounds like the sign-off of a President or political speech. But what word is missing: United. In fact, in several key places on the WCA website, it just says “Methodists” not “United Methodists.” (nevermind that “United” refers to our EUB roots, which is an insult to that population to remove)

I want to step away from assuming they are positioning themselves to be disUnited Methodists, but then I look again at how the Rev. Bishop ends his blog post:

And let’s realize that with every month we wait, we are slightly less viable.

In the meantime, then, is not an active waiting and lifting up a process in prayer–though that happens. The image I get from this is like waiting for a body to die so the family can move on. Sigh. What a frustrating group to see in our beloved United Methodist Church and to see moderates and conservatives be tempted by (see more here)

One more thing. At the Colloquy on Unity and Sexuality in Atlanta in March 2017, there were not many practical offerings suggested for where United Methodism should go from here, but the ones that did imagined 2-3 segments or denominations operating under the same shared resources or conference. That may be our future or it may not.

But what struck me was the academics who have studied our history and ability clearly believe our future might be separated, but cordial, and connected, not disconnected. No one expressed it was to be a firm division with everyone walking away from one another.

I hope the Commission’s process is not circumvented or undermined by forces like the above that seek to make the wedge ever more clear and permanent such that any form of connectionalism or cordiality between groups is impossible.

In the meantime should mean to “stop the mean time” and step away from false characterization and infantilizing the other side. It should mean to be honest about one’s positions and one’s opponents. Rather than being increasingly mean and polarized in our presentations, we would do better “in the meantime” to be a time of getting to know one another better.

And it takes all of us realizing the “get what we can and get out” mentality that pervades the WCA’s tactics is also in our sentiments as well, and taking the time to figure out how to overwhelm that broken mentality with love for one another. We must do better.

My hope is that this “in the meantime” is more about prayer and lifting up our best rather than tearing down the “other” by being our worst. What examples do you see of people and churches who are doing this sort of work? Share them in the comments.