You are here: Home / UMC / PlanUMC: A Flesh Wound or a Final Blow?

The Judicial Council has affirmed what opponents of PlanUMC have pointed out all along: the command and control elements that are integral to PlanUMC are unconstitutional. 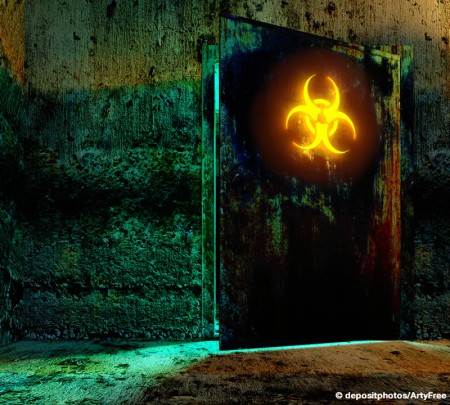 On Tuesday morning, the Judicial Council ruled that huge swaths of PlanUMC are unconstitutional. Read the technical ruling here.  From the UMNS coverage:

In the May 9 ruling, the council found “problematic” a proposed addition to Paragraph 705 in the Book of Discipline, the denomination’s law book, which would add a responsibility to “determine mission and purpose” to the duties of the church’s boards and general agencies.

But that could infringe upon General Conference’s authority “to initiate and direct all connectional enterprises,” as stated in Paragraph 16.8, and expand beyond the stated tasks of boards or agencies of “promotion and administration.” The plan’s amendment to 705(a) “lacks the limits intended in Para. 16.8 of the constitution and thus is unconstitutional,” the court said in its decision.

Another potential problem is how Plan UMC Revised assigns “monitoring and reviewing” responsibility to the Connectional Table, since the constitution gives “general oversight” to the Council of Bishops.

If monitoring and reviewing is limited to the program agencies the Connectional Table oversees, the provision is constitutional, but if the assigned responsibility reaches beyond that, it is not. “Any clarification of this tension would need to be resolved legislatively by the General Conference,” the council pointed out in its ruling.

…the plan’s proposed Paragraphs 901.3 and 901.4 allowing the Connectional Table to consolidate overall administrative and programmatic leadership, along with administrative services “…for all general church activities,” are unconstitutional, the court declared, as well as the Connectional Table’s proposed power to elect and dismiss general secretaries of program boards.

“Although coordination of program functions is highly desirable and is constitutional, any loss of a board’s decision-making authority is a usurpation of the General Conference’s prerogative in establishing such boards,” the council noted in its decision.

Command and Control is incompatible with Christian Teaching

As we’ve covered since 2011 on this blog, the very executive overreach and the concern over expanded powers to override a local governing board were declared unconstitutional by the Judicial Council.

The Judicial Council has affirmed what opponents of PlanUMC have pointed out all along: the command and control elements that are integral to PlanUMC are unconstitutional.

Command and Control powers that are trying to be inserted into United Methodism are incompatible with our Wesleyan church tradition. Vertical accountability is very tightly controlled in our Wesleyan structure, with very clear and rigid lines of power and authority. Indeed, our Wesleyan church prioritizes horizontal accountability among peers and collaborators–which is exactly how our General Boards operate now. There’s waste and silo mentality, but such things are not overcome by a command and control model but by working within our structure to make those culture shifts. 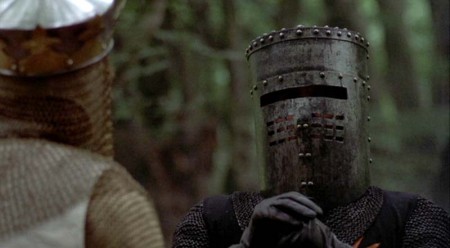 In Monty Python and the Holy Grail, the heroes encounter a knight guarding a bridge. He doesn’t allow the heroes to cross, so they end up dueling. The Knight gets his arm cut off and keeps on fighting, claiming “it’s only a flesh wound.” He gets both arms and both legs removed and keeps fighting, saying “I’ll bite your legs off.” The heroes end up saying “We’ll call it a draw” and leave him legless and armless, still spouting profanities as the heroes ride off into the distance.

PlanUMC is a lot like this. It has been defeated at every level of the Church. It did not pass a legislative committee in 2012. It passed the floor of 2012, but was rendered unconstitutional by Judicial Council in the last hours of the 2012 General Conference. It was not endorsed by any official group between 2012-2016. And on Tuesday, Judicial Council said even the Revised PlanUMC was unconstitutional in its critical sections.

And yet I still expect the proponents to keep fighting. They’ve lost so much, and yet there’s still much danger in the remaining parts of the legislation that causes harm to the connection. My hope is that delegates to General Conference vote it down in its entirety so that those focused on reform of The United Methodist Church can direct their energies in constitutional and constructive channels.