You are here: Home / UMC / In defense of safe space for the #UMC [Guest Post] 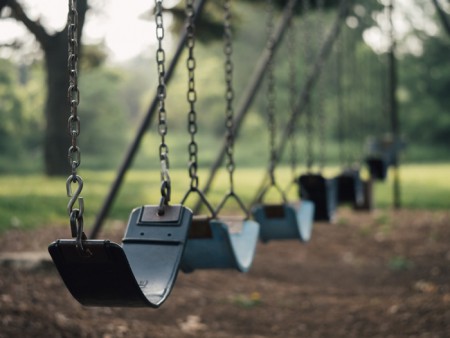 One of this blog’s values is offering a space for commentary on The United Methodist Church by a variety of voices. Here’s Dr. Benz’s always-spectacular commentary, this time on Rule 44, previously covered here, and the concerted outrage to it online.

In defense of safe space

Reflections on the opposition to Rule 44’s Guidelines for Conversation

Right-wing opposition to Rule 44 – the General Conference’s proposed alternative small-group process for discussing whether and how the UMC will continue to discriminate against LGBTQI people – is well established at this point. The process, which delegates will debate and adopt (or not) on the first day of General Conference, was designed by the General Conference Commission to find a more humane way to debate the church’s continued exclusion of queer people. Yes, it could be used to discuss other issues, but the commission sought to create the process to address this issue. I know, because I was in the room when the commission first discussed it.

I have my own misgivings about Rule 44, but I think with some modification it is worth trying. I can also vouch for the commission’s earnest desire to find a better way to “have the conversation.” The right’s rejection of Rule 44 – “Frankly, I do not see an alternative process that would achieve the benefits that occur under Robert’s Rules of Order,” as Rev. Keith Boyette put it – strikes me as rather pre-emptively dismissive.

It’s an ironic stance to take (some might say hypocritical) for people whose main talking point has been concern for the covenantal relationship we enter into with each other as United Methodists.

But the general aversion to trying something new with Rule 44 pales next to the vitriol that the “Guidelines for Conversation” accompanying the alternative process have unleashed.

These guidelines – things like be respectful, avoid stereotyping, respect the integrity of those with different opinions, apologize if you hurt someone, don’t use your power over someone to pressure them to agree with you – have been described as “the infantilizing of #UMCGC” in blog embraced by conservatives on Twitter.   “UMC on the verge of being weaponized against Christ” one #UMCGC tweet said.

Really?? Asking people to be respectful and avoid stereotypes is weaponizing the church—against Christ?!

The guideline suggesting that you apologize if you hurt someone is characterized in the blog as “insanity” and “sheer madness” with an added explanation that “there are people who routinely weaponize ‘hurt’ as a power play” (there’s that word again…).

Rev. Drew McIntyre promoted his blog with this tweet (among others): “How to turn a church-wide council into a ‘Safe Space.’”

It’s a pretty good bet that if someone feels the need to belittle the idea of safe space with scare quotes then the space they are talking about is not safe.

The Case for Monitors

“Paternalism,” McIntyre derided the monitoring idea, deploying his scare quotes again to complain, “We are told that these monitors will determine what is and is not ‘harmful’ behavior.” Meanwhile, others joked on Twitter about John Lomperis being ineligible to be a monitor because he “doesn’t appear to be ethnic or female.”

These outbursts make the case for the necessity of monitors far more convincingly than any column I could write.

I am not sure why the suggestion that there ought to be some intentional care taken when we enter into conversation together evokes such hostility. From the outside, it looks not just like a denial of the idea that there is such a thing as homophobic, or racist or sexist, speech that it is desirable to curb; but also like an entitled belief that any limits or any judgment on what these critics have to say is unacceptable.

But bottom line, is it really such a hardship to respect fellow Methodists’ integrity, avoid stereotyping them, and be willing to apologize when you hurt them? Can you not disagree with my theology without denigrating my person? Does the Wesleyan mandate to “do no harm” not give you pause to at least want to try?

If the answer to that last question is no, then please stop talking about the sanctity of the “covenant” in the United Methodist Church as you file complaints and propose easier ways to prosecute LGBTQI Methodists. Because covenants cannot be, well, weaponized.

Dorothee Benz is a lifelong Methodist and a delegate to the 2016 General Conference. She is a founding member of Methodists in New Directions and serves as its national representative. Follow her on Twitter @DrBenz3.