You are here: Home / Church Talk / Clergywomen are not equal to men 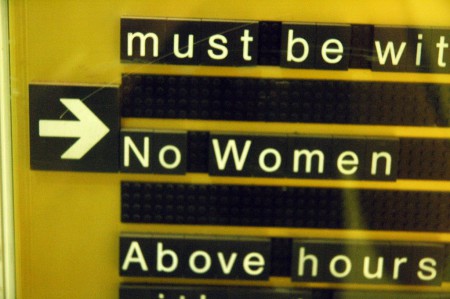 To the female pastors and clergywomen serving in ordained ministry:

While I loudly advocate for women in ministry, let me stop to say that you and I are in fact unequal.

Sure, we are in ministry together, and you likely have the same size church as I, but does that make us equal?

In college on my way to seminary, I was never rejected by my peers because “women don’t do pastoral ministry.”

In seminary, it was never assumed I was there to get my MRS.

To become ordained, I never had to answer “who will take care of the children.” To serve a church, I was never asked how long I expected my maternity leave to be.

In my professional ministry, I have not introduced myself and they ask if that means I work with children. When I answer the phone at church, no one asks to speak to the real pastor. I’ve never gotten anonymous notes telling me not to wear dangly earrings in the pulpit, to deepen my voice (okay, as a nasal tenor, yes I actually have), and how uncomfortable it is seeing me preach while pregnant.

Among my town’s colleagues, I have not been disinvited to preach at high school baccalaureate, nor turned down by the funeral home at the family’s request. I have had no difficulty whatsoever with a boys club mentality in the Church, and in the Church, I will not face added scrutiny or referred to as the “token.”

Even my fair-minded colleagues encourage me to the senior pastorate, not to middle-management, consulting, or associate ministry.

So, you and I cannot be equal.

Because to be in the pulpit, you have already overcome far more than I will ever face.