You are here: Home / UMC / Boy Scout Solution: A way forward for the #UMC?

The decision by the Boy Scouts of America to cease across-the-board exclusion of gay scoutmasters, while allowing for local variance, yields a fascinating parallel for the United Methodist Church regarding LGBT inclusion. 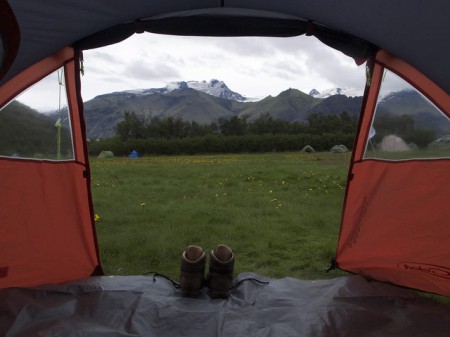 The tents are a little bit more open. As recommended earlier this month by the Executive Committee of the Boy Scouts of America, the BSA voted to change the qualifications for their paid and volunteer staff to allow for gay Boy Scout leaders.

In order to appease major religious sponsors like the Roman Catholic and Mormon churches, the BSA has offered up some provisos in lifting the ban when it comes to non-paying positions like troop leader. The new policy will still allow church-run troops to pick leaders who are in line with their world view.

A spokesman for the Boy Scouts said, “There are differences of opinion, and we need to be respectful of them. It doesn’t mean the Mormons have to pick a gay scoutmaster, but please don’t tell the Unitarians they can’t.” In other words, discrimination based on sexual orientation is still allowed in some Boy Scout troops.

It is not, as you see, an across-the-board requirement. It leaves individual troops to come up with their own qualifications, including orientation. So more progressive troops will allow gay leaders, and more conservative ones might not. It won’t solve the exclusion of volunteer positions across the organization, but it is a start (and all paid BSA staff are required to not discriminate on the basis of sexual orientation–across the board). 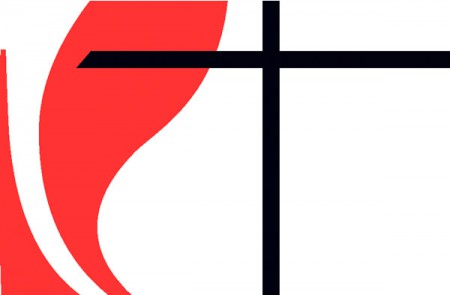 …to the Methodist Conundrum?

There’s another organization with thousands of units and a huge diversity regarding LGBT inclusion: The United Methodist Church. Could we learn from this solution for our current conflict over LGBT inclusion?

Turns out The UMC is already considering this solution. The BSA solution is remarkably similar to A Way Forward and the Connectional Table proposal, both written about previously on this blog. By allowing individual clergy or churches to decide whether they will facilitate all marriages, and allowing annual (regional) conferences to decide whether they will ordain open LGBT clergy, the proposals are remarkably similar to the BSA solution.

We should look at a test case to see how this scouting policy will impact local churches–and by extension, how a similar policy in the UMC might work.

To pick the worst-case scenario, we turn to Mt. Bethel UMC in Marietta, Georgia. This church is featured far too often on Hacking Christianity. First it was their withholding of apportionments due to opposition to LGBT inclusion. Then it was their job search for their senior pastor, in contrast to connectionalism. Now, we need to look at their scouting policy.

Back in 2013, Mt. Bethel responded to a possible across-the-board allowance of gay scouting volunteers in this way:

“In all honesty, if the Scouts were to change their policy and become more gay-friendly with the idea of using scoutmasters, the church couldn’t support it,” said Randy Mickler, senior minister at Mt. Bethel United Methodist Church in Marietta…Mickler said he would be forced to kick them out if the National Boy Scouts of America moves forward with a policy that allows for gay scouts and leaders.

If Mt. Bethel chooses #2, they acknowledge that they can be part of a religious organization that allows gay scoutmasters–but in a NIMBY situation where they have the freedom to continue to exclude LGBT persons.

[At the same time, Mt. Bethel’s hosted troops (and future troops) have to decide whether they want to be housed by a church with an anti-gay policy.]

Now, in a theoretical sense, let’s say the CT or A Way Forward passes General Conference, and local United Methodist churches (or clergy) can decide to change their policy to allow all marriages to take place.

By choosing #2 (and a large number of UM clergy/churches would likely choose this option), they acknowledge they can be part of a religious organization that allows gay weddings and clergy–but in a NIMBY situation where they have the freedom to continue to exclude LGBT persons.

The parallel is pretty much perfect. We’ll have to wait and see what they do (while keeping in mind they are far from representative of United Methodism) as an indicator of what the future of Methodism might look like come General Conference 2016.

The BSA will now handle diversity for the sake of kids everywhere. It’s not a just diversity as entire religious traditions and regions will continue to exclude LGBT leadership. But it’s a start.

Will the UMC in May 2016 at General Conference even start this small step down the road to a more just church? Only time will tell…well, only 286ish days until GC 2016 begins in Portland, Oregon.

In the meantime, how will your local church handle the change in BSA policy? And do you also see parallels with the proposals for the UMC?

Discuss. Thanks for reading.