You are here: Home / Theology / Justice / Apple and Microsoft Have Failed Us 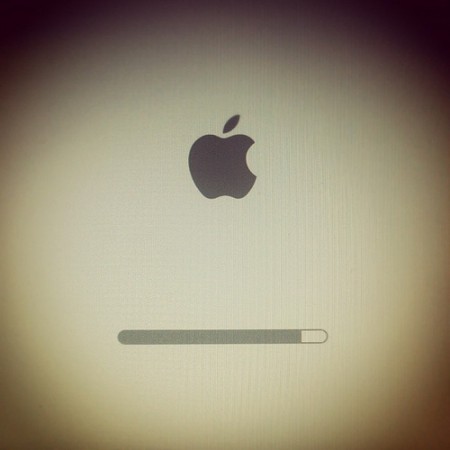 United Methodist Bishop Grant Hagiya has penned an article with some fightin’ words: Apple has failed us. No, not in technical innovation (this blogger says as he types on a MacBook), but in what they do with their hoard of cash:

It is estimated that Apple has cash reserves in excess of between 137-147 billion dollars – that’s billions with a “B!”  This is more cash reserve than most of the countries of our world.  And despite some positive moves by Jobs’ successor, Tim Cook, in launching a charitable, corporate-matching program, the vast majority of their wealth is not being used or leveraged for any social good. Even if they released one percent of the interest in a socially responsible way, hundreds of thousands would benefit.

I am not calling for a boycott of Apple products, and the irony is that I am writing this blog from a Mac.  However, we must prophetically challenge Apple to be more socially responsible. Instead of making corporate profits the solitary bottom line, they should step up in philanthropy and social change to the same degree that they want to revolutionize the world technologically.

To the good bishop, Apple is guilty of hoarding: holding onto cash reserves that could do immediate good in the world, even if given out very conservatively.

Microsoft has failed us too

I’d like to push this argument a bit further and use it to point out another truth: Apple’s products are typically bought from people’s excess money (disposable income) rather than essentials, though certainly many people who don’t make fiscally responsible decisions will buy their products out of their essential budget. Apple thus takes a chunk of people’s excess spending and then hoards the cash.

There’s another organization that takes money out of a different and more essential budget…but then gives more of it away.

Microsoft has made its billions from the sale of its Windows operating system and the Xbox and a variety of other products. The sales are sustained primarily through paid updates to the operating system and forced obsolescence of previous years’ versions. Since its an operating system and an essential element to PCs, for decades Microsoft forced everyone to pay to play with incredible resources coming from schools and universities. While the situation has become much cheaper thanks to competition by Linux systems, Chrome OS, and Apple’s free OSX operating system, there’s still a bundle of cash paid by most households every few years to keep their systems current.

Unlike Apple, Microsoft takes a chunk of people’s operating spending, and also unlike Apple, they then share the cash. Bill Gates has given away $28 billion dollars (through 2013), and I’m unsure of how much Microsoft money has flowed through the Bill and Melinda Gates Foundation, but the charity must give away 5% of its assets each year. With $38.3 billion in the bank, that yields $1.9 billion dollars given away annual. Billion!

Essentially, Microsoft has forced a tax on most businesses, non-profits, and households in America, and turned that tax money into loads of cash to leverage social good…at their discretion. And to be fair, they also have a huge cash reserve of $84 billion, which is abut 40% smaller than Apple’s, but still larger than the financial reserves of the federal government! Wow!

For both companies, they fall short of the ideal balance between ends and means:

The ideal would be an organization that encourages the giving of cash out of people’s non-essential expenses and then gives the money away to leverage social good. Such a balance between the means and the ends is often very difficult to create, but a company culture could be adapted by courageous leadership to change the way of doing business.

These shortcomings of Apple and Microsoft lead to reflection for non-profits and churches that seek social good:

These are tough questions, but courageous, transparent, and accountable leadership and design can lead to ethical ends and means for churches, non-profits, and businesses small all the way up to to the tech behemoths of the world.