You are here: Home / UMC / Schism / Conservatives Seeing Viability in “A Way Forward” 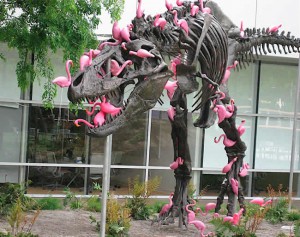 Professor Dr. William J. Abraham is one of the primary intellectual forces behind the conservative reform and renewal movement in the United Methodist Church. He recently gave a speech to the Schismatic 100 who were discussing how to take their $12 million dollars in apportionment money and property with them and leave the church (they ended up just writing a letter).

During the speech, he had an interesting “behind closed doors” perception of the Hamilton/Slaughter “A Way Forward” that we’ve covered extensively at HackingChristianity. While I don’t find the critiques convincing, they do confirm the collective conservative freak-out over the proposal and the authentic fear they have over its passage. Progressives would be wise to consider what “the other side” sees in the conversation.

Here’s the section about the Hamilton/Slaughter proposal (derisively called “the local option”). The first segment outlines the charitable appeal of the Proposal; the second segment gives some criticism. I removed one segment that was more speech-material than content, but you can see it in context in the full document at the schismatic’s most recent website.

I have been told by folk more astute than I am that the proposed local option does not have a chance of passing. I am not so sure of this. So let me dwell on it for the moment. I do not know the numbers involved; in fact we will not know the numbers until all the delegates are elected next year. So let me work with impressions.

First, Adam Hamilton is as determined as he is effective. We can be sure that he will articulate and press his case with the skill that has earned him a just reputation as one of the most significant leaders and communicators within United Methodism.

Second, he already has built a remarkable network of experienced ecclesiastical politicians to carry his case across the church at large. The coalition has depth and it has diversity and it has the drive to win.

Third, the arguments in play are on target. On the one hand, they go right to the heart of the conservative case by claiming that scripture permits same-sex marriage; once this is granted the consequent decisions for the life of the church with respect to ordination and other matters are obvious. On the other hand, they offer a way forward that on the surface appeals to our sense of tolerance and fairness. These are extremely important developments.

In all, it promises peace in the church for the foreseeable future. For those with grander ambitions it tells the world that United Methodists have solved the most difficult problem facing the church in the current generation.

I will not go into a full scale overview of the problems in the local option but suffice it to say the following. The local option is absolutely not a third way. It is a variation within the progressive agenda, which is one reason why progressives with some exceptions will back it. It is not accidental that it is proposed by those who have gone revisionist on gay marriage. The crucial point is that it legitimizes gay marriage. It will be extremely difficult to get this precise point across to the church as a whole. The local option presented as a third way beyond extremes conceals this from a host of people who do not want to face head-on what is involved. What is crucially at stake is that the local option legitimizes the progressive agenda officially within the highest courts of The United Methodist Church.

Much as I do not like to put the matter this way we have to face the fact that the vote at the end of the day will be about gay marriage and gay ordination. Of course, we know that much else is in play in and around this. We have our own way of stating what is at stake: the rejection of divine revelation and the teaching of scripture, the rejection of thousands of years of secular and ecclesial wisdom, the accommodation to a changing cultural scene, the loss of any serious notion of truth in postmodernity, the surrender to years of aggressive bullying and intimidation, the inevitable fragmentation of our tradition, and so on. We will not be voting on these directly. We will be voting in whether homosexual practice can be legitimate ecclesial teaching and practice for us as a church. I think we should be clean and clear about this.

Three take-aways for me: