You are here: Home / Church Talk / What if the Church is Wrong on Sin? 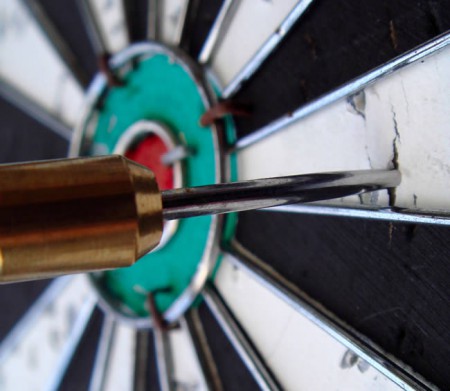 In a previous post, we examined a claim that the scriptures on Binding and Loosing in Matthew give authority to the church to determine what sin is and how the Law applies. This claim allows Christians to have scriptural support to make claims that seem antithetical to the biblical record (ordination of women, ordination of LGBT persons, etc). The Church has been given authority by Jesus Christ to bind or loose the biblical record and determine how they apply to our situations. In short:

Persons who say that the church would violate scripture by allowing for exceptions to a normative policy against homosexual relations ignore the fact that scripture itself gives the church authority to do precisely that. For the church to loose the biblical prohibitions against same-sex activity under specified circumstances would not constitute a rejection of biblical authority but, rather, an exercise of ecclesiastical authority granted in the Bible by Jesus himself.

But there’s a problem with this claim: what happens when the Church is wrong?

Let’s look at my home church as a perfect case study. In my United Methodist Church, two simultaneous actions in 1972 brought this question to the forefront.

So for 42 years, both wings of the United Methodist Church believe that their church is wrong.

Binding and Loosing when the Church is Wrong

But if authority is given to the Church to determine what is sin, how do you serve within the Church when you believe it is wrong?

Mark Allan Powell, in his previously referenced works, outlines the two incongruent stances and what that will mean for the believer:

To both of these scenarios, Powell first states that obedience to the Church’s decision will not be considered a sin by God. If the Church hates the gays, but God is down with the gays, then hating the gays will not result in one’s eternal damnation. When the Church has the authority, acting under that authority (like a soldier obeying unjust orders) shields one from recrimination. Kinda frustrating, but that’s the assumption of the biblical logic.

There’s two proactive stances that a person who differs with their Church can legitimately hold according to Powell’s interpretation of the Gospel of Matthew.

First, a person can follow the doctrine of the church in action but can protest it in word and vote in “obedience under protest.”

Let us imagine that the church obtusely binds a law and declares behavior to be sinful that would in fact be acceptable to God. In such a situation, I think the typical Christian counsel would be for enlightened believers to abide by their community’s unfortunately unperceptive decision…[an] adoption of what we might call a vocation of obedience under protest.

Second, a person can protest the doctrine of the church in both word and deed and accept the punishment in “prophetic disobedience.”

In church history, there have been Christians who felt compelled by conscience to violate the teachings of the community, not simply because they believed the teaching to be unnecessarily restrictive, but because they believe that violating the teaching of an errant church was the only way to maintain obedience to God…those believers will be expected to accept their status as outcasts and bear the suffering that this entails, and they will have to hope for vindication either in this life when the church finally reforms or in the life to come when all true prophets receive their ultimate reward.

So these are two legitimate stances:

Here we see the critical juncture we are in in the United Methodist Church. With the Biblical Obedience movement, the ante has been upped to forgo the safety net of the church in order to encourage the church to change. By accepting their role as the prophets, they accept the punishments rendered to them and recognize that they must abide by the punishment chosen by their community against them (and so far, they have, with the exception of Frank Schaefer).

Both of these stances are necessary for prophetic change within a church denominational system. Therefore, Powell’s logic gives further legitimacy to the Biblical Obedience movement and gives those who choose to live out its tenets a hermeneutic to read scripture with.

Let me step back from this argument and offer some perceptions:

First, while I cannot find fault in Powell’s logic, I find it disconcerting to say that injustice in the church is relegated to “justice deferred” in that people who are right when the church is wrong will receive their reward in heaven.

Second, as a straight ally supporting LGBT inclusion in the United Methodist Church, let me say it clearly: I don’t want to be right in heaven. I want the church to be right on earth and stop hurting people. For those in the Biblical Obedience movement, they don’t want fire insurance for themselves and are willing to risk forgoing the safety net of the church in order to save the church from itself. This is a serious decision and I don’t think outsiders (and even some insiders!) realize the depth of this decision is more than disobedience.

Third and finally, there’s a huge difference between claiming prophetic stance and accepting discipline as an individual (a predominantly progressive choice) and threatening schism and taking a church away from the denomination if it affirms LGBT inclusion (a predominantly traditionalist choice). One of them keeps the onus on an individuals’ relationship with God; the other lumps an entire community together and threatens not only the body of Christ but their very salvation if they end up being wrong in Heaven.

I have one final post on this topic to deal with some lingering issues that Powell’s methodology and conclusions brings up, but let’s stop and see what you think: