You are here: Home / Church Talk / church growth / To keep your Temples, support the Tents 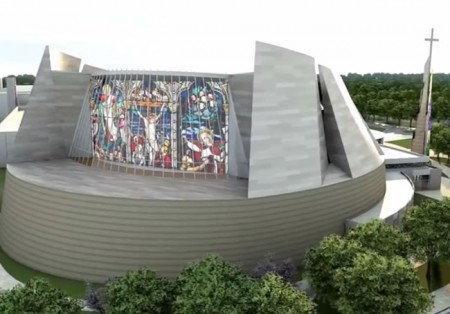 In the Bible Belt, Church of the Resurrection is embarking on a $90m building project. Really! 90 million dollars. This project has the purpose of being a 100 year location of ministry and mission that could have an ROI of several billion dollars to be raised for missions and ministry.

UMC Lead has some conversation about the tenacity of the 100-year idea, and the Kansas City Star has this interesting comment:

To be sure, in a throwaway age of changing habits, new technologies and, among many young adults, skepticism toward big religion, who knows if crowds will still show up for worship services in the early 22nd century?

But skeptics never have made [Adam] Hamilton flinch from big, bold visions. He helped start the Church of the Resurrection, or COR, in his mid 20s, preaching to 100 who met in a funeral parlor. It’s now the nation’s largest Methodist congregation. And this would be the fourth sanctuary on the Leawood campus since the mid 1990s.

I have no doubt the project will succeed and the campus will be an impressive space.

But will it be sustained? Will future generations (or the next pastor after Hamilton) be able to maintain the momentum and ever-growing needs of a congregation?

These are not unfaithful questions, but rather are the questions by honest stewards of what they believe God has given them to care for.

How will they maintain the Temple (the geographic megachurch) that they have built?

The answer depends on how well the Temples care for the Tents.

In certain parts of our country, the percentage of Christians is declining. In the northwestern part of the United States, in fact, it’s called the None Zone because it has the highest percentage of people who choose “none” as their religion in census forms. That doesn’t mean they aren’t religious or even church-goers, but they do not claim a religion for themselves.

Temples are not easy to find here. There’s a handful, for sure, (including creepy ones like Mars Hill) though nowhere near as numerous or influential as in the Bible Belt.

But what there are are tons of Tents, of small churches that strike out in new ways to reach out to different types of people. Churches in bars and in homes, that brew beer and that raise bees, that allow dogs and that meet inside homeless shelters. While these Tents are found in any corner of America, there’s an interesting especially eclectic mix of them, especially in my town of Portland, Oregon.

Why would our Temples want to support these tiny Tents, even ones that may have radically different theologies (and especially social values) than the megachurch Temples?

The Tents are for the Temples…

While I was at the Wild Goose Festival in 2012, I had a chance to ask Nadia Bolz-Weber, pastor of a weird ELCA church in Colorado, about her thoughts on the power imbalance of small churches and large churches within a denominational system. She said something like this:

In short, some churches are resources and accomplish terrific things on a scale unimaginable by the mom-and-pop churches. And some churches are tiny and insular and will not survive. But some are havens for creative ideas, small-scale manifestations of the kingdom of God.  Tent Churches do not have a monopoly on creativity, but they might have the best chance for those solid ideas that other cultures may not be able to come up with. And when those ideas work, it is the Temples (Resource Churches) that will up the scale to a level where they can succeed even in the face of creeping secularism.

…if the Temples are for the Tents.

A strong Temple will support a network of Tents, adapt their creative achievements, and scale them up to effective witnesses to Christ in their context. But more often than not, I’ve seen Temples be really dismissive of Tent Christianity, caring more about quantity and metrics than about the ideas that are coming forward.

The truth is that there’s some really interesting perspectives about church that will make a Temple stop in its tracks in bewilderment.

For example, in the None Zone, I learned that one church has taken seriously the 22nd century concern about church that was asked of CoR above. This church had several years of conversation about offering their garden area for a resting place for cremains or building a columbarium on site. They ultimately decided against that possibility not because of money or ability but solely because of this question:

“What if our Church in 50 years needs to leave this building? Would having their ancestors (us!) buried on-site keep them from selling the building and doing mission and ministry elsewhere in our town?”

By choosing to answer in this way, even though their building is currently impressive and used for mission and ministry, this church is choosing to operate as a Tent in a part of the world where religion is scarce and demographics shift constantly. It’s not a decision that a Temple would make–and that’s fine. But their rationale and vision for themselves are helpful thoughts that may inform creativity at the Temple level to do new things. 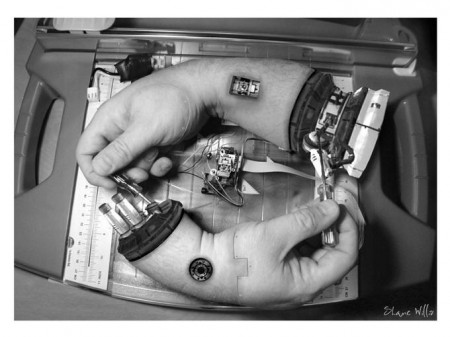 If you are reading this and you want to keep the Temples alive, then your best investment is threefold: