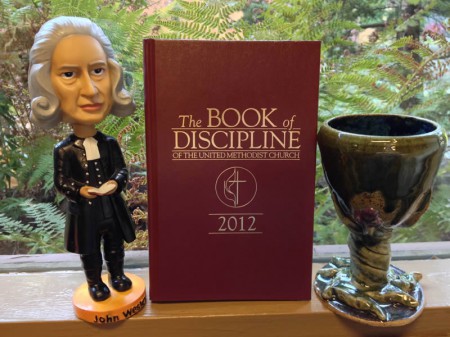 The following is a guest post from a Facebook clergy who posted this list online. This is in response to the Frank Shaefer trial where he was convicted of performing a wedding for his son Tim to his male partner. The punishment is a 30 day suspension that will be lifted at the end if he pledges to “uphold the Discipline in its entirety.”

This list is an attempt to show the various ways how United Methodist clergy in good standing do not uphold the Discipline 100%…and have rarely (if ever) been charged for it.

Top 25 ways I’ve observed United Methodist clergy and lay leaders not upholding the Book of Discipline in its entirety (2012-2014 edition):

In theory, all of these qualify as the chargeable offense of “disobedience to the order and discipline of The United Methodist Church (¶2702.1d).