You are here: Home / Church Talk / The Playground Problem for the Country Club of Orthodoxy

Playgrounds and Country Clubs offer insights into the centered and bounded sets of Christianity. 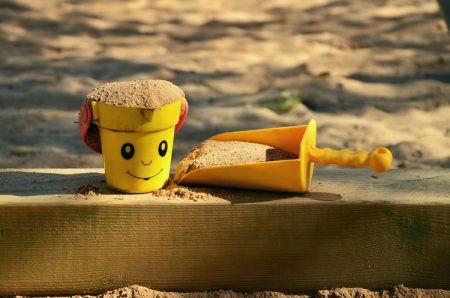 Back in March 2017, I attended an academic conference on church unity and LGBTQ inclusion. At the conference, Dr. Philip Clayton from Claremont School of Theology spoke about a framework that seemed to really make sense when it comes to problems in diverse denominations such as my own United Methodist Church.

The Centered Set of Playground Design…

Dr. Clayton likened the Church, at its best, to a public park.

The public parks in most parts of America are open. You can drive up right next to the park and there’s grass and sidewalk between the streets and the park. The park has various “centers” that draw children to them: the playground, the swings, the picnic tables, the fountain, the basketball court, or the flat patch of grass for sports. The park doesn’t need walls or fences because it has centers that draw people in and keep them there for as long as they need.

The park is what we call a centered set that is more concerned with what draws people in than what defines the space. A good centered set has no need of strong borders or boundaries or fences to define “who is in and who is out” because the norms of behavior that govern the centers keep people participating and folks naturally do not wander from these attractive centers.

People who maintain the parks are most concerned with keeping the centers healthy and strong, and little concern is given to erecting better borders or boundaries. 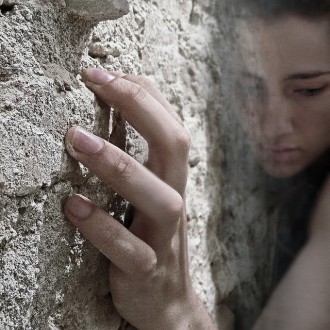 The Closed Country Club of Orthodoxy.

The problem is that the Church has become more like a country club, especially in the Internet Age with free reign given to those most concerned with who is “in the club.”

Country clubs are not the same as playgrounds as their primary concern is on the borders or boundaries. A country club is usually a large expanse of land—usually a golf course or shooting range—or in urban settings like my own Portland, the MAC club is a multi-level athletic club with deeded membership. The membership is limited either by number of members or by cost. The physical plant is encircled by fences or patrolled by private security.

It’s also about a dress code. In Showtime’s series Billions, Billionaire Bobby Axelrod bursts into the Yale Club and marches right past the front desk to confront his adversary inside with a gaggle of other Yale club members. Axelrod has more wealth than everyone in the room, but the security is most concerned that Axelrod doesn’t have a suit jacket on. The norms of behavior require certain conditions be met–and even wealth does not supersede them.

The descriptors of a country club focus on the borders and boundaries and restrictions because this is what Clayton calls a bounded set: an entity that is most concerned with who is in and who is out, and how to keep things that way. From the membership to the physical plant, everything is about keeping the outsiders out and the insiders separate and cared for.

It is striking to me how a centered set is so much closer to the ideal of the church than the bounded set.

It’s tragic, really. When people hear of my own denomination of The United Methodist Church, they rarely hear about what centers us in global service, justice, worship, and discipleship. They only hear about the boundaries and those organizations (like the Wesleyan Covenant Association) that are tending the boundaries to ensure LGBTQ people cannot serve their church in leadership or in married participation.

The media loves the bounded set and gives airtime to those who most rigidly guard the faith from any innovation or deviance that leads to growth. So we are up against both a culture within and without the Church that lifts up the bounded sets as more important than the centers that give life.

Responding to the Ideals

I have compassion for the gatekeepers, I really do, and I lament that Conservative Christianity is often focused on the bounded set. Conservative Catholic writer Andrew Sullivan’s The Conservative Soul, he writes:

We see this in our parks sometimes. An inner-city park is not the same as a suburban park. There is an economy of space, so the playground and basketball court have fences around them, and usually only 1-2 entrances so that parents can guard them and make sure their kid doesn’t wander off by taking only a few steps away from the attractions. The most important thing in the urban park is not the attractions but the *bounded set* of fences that keep the children in and the riff-raff out.

These walls and fences come from loss and awareness of the proximity of dangerous cars or un-vetted passersby. And it is all too easy to make the leap from a public park with reasonable fences around their centered sets to a country club with closed membership and higher walls to keep people out. An easy leap that too many Christian denominations, leaders, and individuals have made. We must do better.

My hope is that we remember that we are called to be centered on that which gives us life. We cannot center ourselves if we have erected unjust and unChristian walls or boundaries or borders to those whom God has called and whose communities have qualified that call. And the world cannot see the thriving life in our centers when all they can see are the boundaries and borders that we do not allow them to cross to see them.