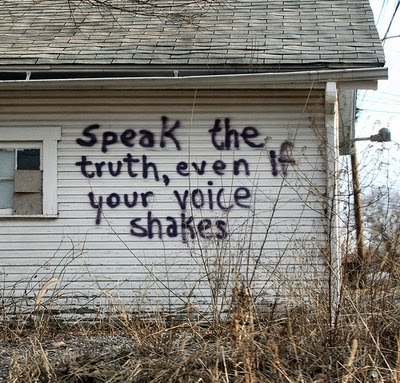 A few weeks ago, a group of conservative Christian men released a statement that said social justice was incompatible with Christianity. Among its affirmations were xenophobic statements like this:

“We affirm that some cultures operate on assumptions that are inherently better than those of other cultures because of the biblical truths that those worldviews that have produced these distinct assumptions.”

And from its author John MacArthur:

’Social justice’ (in the world’s usage of that term) entails political ideas that are deemed sophisticated—namely, identity politics, critical race theory, the redistribution of wealth, and other radical or socialist policies

Such a statement coming from white Christian men to refute ethnic and minority perspectives on God is particularly egregious.

What is to be done about the flailing of these Christian men?

Thankfully, a group of theologically and biblically astute Asian American Christians responded in an epic fashion. From their origin story:

Two weeks ago, John MacArthur and a dozen other conservative evangelical men released a statement likening the pursuit of social justice to heresy. In addition, the statement celebrated white supremacy and sought to uphold other forms of oppression that comprise a cultural status quo.

A few days later, 35 progressive Asian American Christians assembled in response to a question that we recognized as a call:

“Are there other progressive entities rebutting the MacArthur Statement?”

Why not indeed? In the end, between raising children, working, and (oddly) not hating on ethnic people, 35 Asian American Christians wrote “Statement on God’s Justice” which refutes MacArthur’s document and offers a substantial witness beyond this moment.

The Statement on God’s Justice

The Statement on God’s Justice has substantive sections on God, Jesus, Bible, and social commentary on sexuality, gender, ethnic identity.

For example, since the dividing line above is on ethnicity, here’s their section on racial equality:

WE AFFIRM the Gospel as anti-colonial, anti-imperial, and anti-supremacist. The condemnation of racism is godly and necessary. Pursuing justice by resisting and dismantling oppressive structures is not only righteousness but our responsibility. (Psalm 33:5; Psalm 37:27-29; Proverbs 21:15; Proverbs 24:24-25; Isaiah 1:17). God calls us to love not just the foreigner but the “enemy” (Leviticus 19:34; Matthew 5:43-48), defend the defenseless (Psalm 82:3), care for the destitute (Proverbs 31:8-9), and uphold the cause of the oppressed (Isaiah 58:6-7). Creating systems that accomplish these goals is our Christian duty, not a denial of it.

WE ACKNOWLEDGE the Church’s diversity, believing we are called to affirm a multitude of cultures, languages, and traditions (Galatians 2:14; Revelation 7:9) rather than forcibly assimilate communities into supremacist structures, a process that only divides us into a “dominant vs. subjugated” binary. We affirm that our racial identities do not exist in opposition or subordination to our Christian one, but are instead a facet of how we experience the world.

WE CONDEMN the racialization and systemic racism that communities of color experience. We denounce the racial hierarchy [3] that continues the enslavement of Black peoples (through disenfranchisement, the prison-industrial complex, and specifically anti-Black policies that devalue Black lives), the dispossession of Native and indigenous peoples (through genocide, continued settler-colonialism, and occupation of sacred lands), and the Othering of the foreigner from Asian to Latinx to Middle Eastern (through dehumanization, positioning foreigners as threats, and using foreigners as wedges to further a black-white racial binary). We find these actions to be antithetical to the Gospel, which is a message of love (Ephesians 4:2), acceptance (Matthew 8:38-39; Deuteronomy 10:18), peace (Leviticus 26:6), and liberation (Luke 4:18-19).

Looks quite a bit different from that original statement, huh? Each paragraph is a sermon starter by themselves!

I’m floored by this effort (that took less time than an avocado to spoil) that created a substantial document with affirmations that reach far beyond their circumstance.

I’ve signed the document. You should too.

Why do this work?

Right now, there is someone out there with a wound in the exact shape of your words.” Sean Thomas Dougherty

Does it matter? In the end, MacArthur et al’s document may get more signatures.

But the effort was not about comparing signature size. It was about witness:

The Statement On God’s Justice is faith-renewing because of its commitment to a difficult and courageous faith. It takes more courage to affirm an inclusive and intentional faith – especially for those who belong to exclusionary faith communities and have not “come out” as progressive Christians – than it takes to sign MacArthur’s declaration of war.

We acknowledge that signing the SOGJ may not be safe for all, and while we lament it, we respect it. Some signers have already been censured by their community. It also takes more courage to live out a faith that stems from the SOGJ than it takes to live out a faith modeled after MacArthur’s vision of white supremacist religious fiefdom.

No one’s faith is renewed by MacArthur’s statement and the 7,000+ who have signed it so far. Theirs is not a prophetic theology. It is a willful denial of the Gospel call and a defense of shrinking cultural influence.