You are here: Home / Group Theory / Garbage In, Garbage Out? Rethinking Christian opposition to video media 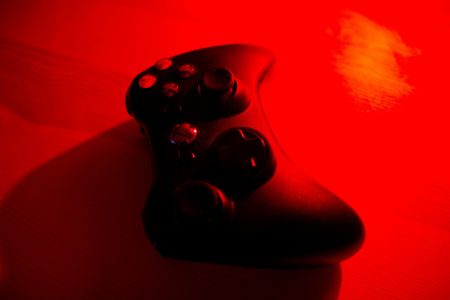 Do Video Games and Violent movies cause violence in real life? What should Christians do about it?

Long before the Jacksonville shooting at a video game tournament, this question has usually resulted in many Christians opposing violent media and seeing it as unfit for society. Christian-originated websites will rate movies on its adult content, not usually to inform parents, but to discourage attending the movies or purchasing the content altogether.

So where does this opposition come from? And can we find out if it is true, and most importantly, effective?

The theological opposition to violent media finds part of its origins in, of all places, the Revolutionary War.

In Revolutionary Era America, one of the schools of philosophy was called Common Sense Realism, a school of Scottish origin popularized by Thomas Reid. Here’s the Wikipedia page for more detail, but the summary is perhaps best from a commentary:

[Reid] holds that each of the principles of morality is self-evident, at least to those who have a sound understanding, a satisfactory moral education, and are not in the grip of self-interest or passion.

At a church history convention at United Theological Seminary in July 2018, Dr. Jennifer Woodruff-Tait, editor of Christian History Magazine, characterized this philosophy as “Garbage In, Garbage Out.” If you take in pure things, then your body will be in the good shape to make moral decisions. The philosophy claims that if you have good education and avoid passions, then your resulting morality will be pure.

Dr. Woodruff-Tait noted this understanding was found over and over again in Methodist and United Brethren traditions. For example, the United Brethren periodical Telescope reported in 1835 that drunkards could not be saved. In short, what goes in physically, comes out morally.

Incidentally, this is why United Brethren and Methodist traditions use grape juice instead of wine for Holy Communion: You don’t want to go the communion table and get something that clouds your spirit.

You can see how this philosophy would lead to opposition to violence in media, particularly video games and movies. Like the old school admonition “Don’t smoke, drink, or chew, or go with girls that do,” keeping away from these temptations keeps you from being in the grip of passion, leading to sin.

This prohibition can be applied to media. For example, one denomination’s 20th-century opposition to going to the movie theatres was that “your sympathy is excited over inanimate objects.” Your passion was misplaced, which the philosophy would say leads you to make immoral decisions.

But is it true?

In the book Everybody Lies: Big Data, New Data, and What the Internet Can Tell Us About Who We Really Are, online researcher Seth Stephens-Davidowitz spends an entire chapter on this very question of violence in the media:

Anecdotes and experiments suggest violent movies can incite violent behavior. But how big an effect do they really have? Are we talking about one or two murders every decade or hundreds of murders every year?

Anecdotes and experiments can’t answer this. To see if Big Data could, two economists, Gordon Dahl and Stefano DellaVigna, merged together three Big Datasets for the years 1995 to 2004: FBI hourly crime data, box-office numbers, and a measure of the violence in every movie from kids-in-mind.com. The information they were using was complete—every movie and every crime committed in every hour in cities throughout the United States. This would prove important. Key to their study was the fact that on some weekends, the most popular movie was a violent one—Hannibal or Dawn of the Dead, for example—while on other weekends, the most popular movie was nonviolent, such as Runaway Bride or Toy Story.

So Big Data could actually correlate movies with hourly crime statistics, seeing if there was a rise in violence after “Garbage” was in the Theatre. And what did they find out? Did they find “Garbage Out?”

What? Yeah, same reaction here. But the researchers have an interesting conclusion.

Think, first, about who is likely to choose to attend a violent movie. It’s young men—particularly young, aggressive men. Think, next, about where crimes tend to be committed. Rarely in a movie theater. There have been exceptions, most notably a 2012 premeditated shooting in a Colorado theater. But, by and large, men go to theaters unarmed and sit, silently.

Finally, and charitably to opponents of violent media, Big Data could answer correlations and causations, but they could not answer accumulations over time:

Of course, Dahl and DellaVigna’s results were limited. They could not, for instance, test the months-out, lasting effects—to see how long the drop in crime might last. And it’s still possible that consistent exposure to violent movies ultimately leads to more violence. However, their study does put the immediate impact of violent movies, which has been the main theme in these experiments, into perspective. Perhaps a violent movie does influence some people and make them unusually angry and aggressive. However, do you know what undeniably influences people in a violent direction? Hanging out with other potentially violent men and drinking.

In the short term, opposition to violent movies was actually causing more harm to society because non-violent movies didn’t entice young men away from the venues that encouraged drinking and violence. Encouraging young men to avoid violent media caused them to be more vulnerable to violence and to committing violent acts.

Perhaps a better idea would be to focus on the places where violence actually takes place: the night life, long after most Christians have settled into their middle-class homes for the night. What would a Christian witness look like? Check with your local context to see what is working, but I know that opposition to violent media isn’t working.

Perhaps Big Data can help Christianity make better decisions, but it requires Christianity to focus on the goal (the result) and be open to other methods to reach that goal. And this is our Achilles heel: when it comes to Christianity, so often we oppose the wrong things in order to attempt to solve society’s problems:

In short, Christians often are most comfortable as gatekeepers, keeping bad things from society and from individuals. But as the data shows, in many disputed areas, teaching how to live amidst things Christians oppose has a greater effect than outlawing it altogether. Will we continue to choose the path of condemnation or will we choose the path of slow transformation? The choice is yours.