You are here: Home / UMC / Stopping the Flood of Competing Agendas at GC2019 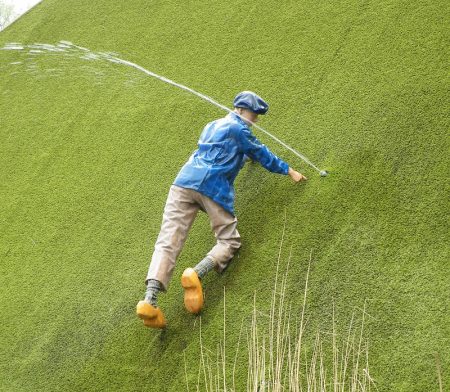 The whole goal of the Special General Conference, set for St. Louis at the end of February 2019, is for it to be a different experience than General Conference. A narrow agenda, an informed representative body, and critical important decisions to be made will all yield a way forward for The United Methodist Church…in theory.

But there’s a significant challenge to overcome: conservative caucus groups and individuals have been lobbying to add their agenda items and competing plans for official consideration. They want to claim equal weight as the plans from the Bishops and the A Way Forward commission’s years of prayer, work, discernment, and proposals. Despite this being a General Conference-elected process, other groups and individuals want their pet projects and agendas–some written on the back of a napkin–to have equal weight.

To this end, a group of Chancellors (top legal advisors) of various annual conferences has submitted a joint amicus brief to the Judicial Council, arguing that the Special General Conference should be limited to the Bishop’s recommended path forward for The United Methodist Church.

Here is the summary of their argument in full, with permission from one of the authors. Here’s a link to the full document.

Two bedrock principles—(1) the supremacy of the Constitution, and (2) respecting the clearly expressed intent of the General Conference—supply the foundation for the amici’s request that the Judicial Council decide the Council of Bishops’ petition in this matter by declaring that the purpose of the February 2019 special session of the General Conference must be confined to acting upon the Council of Bishop’s recommendations, as illuminated by the Council of Bishop’s report and its planned transparent narrative of the process it used to arrive at that recommendation. These underlying principles are fleshed out in some detail in §§ III.A and III.B (infra), but their essence may be summarized as follows:

The Constitution plainly gives the church’s bishops the right to confine a called session of the General Conference to a particular purpose. Discipline ¶ 14. And just as clearly, the Constitution provides that the bishops’ chosen limitation may be overridden only by a two-thirds majority vote of the General Conference once convened pursuant to the bishops’ call.  Id.  These provisions do not erode the General Conference’s legislative power; they circumscribe that power, and because they are constitutional provisions, they must be respected and enforced.  In addition, if two-thirds of the delegates convened in special session cannot be persuaded to expand the agenda, that hardly leaves the delegates at the bishops’ mercy.  They remain free to vote against whatever petition is put before them (even by a bare majority), and just one year later, when they convene for the 2020 General Conference, they may then entertain as many alternative petitions as they desire.

2. The Clearly Expressed Intent of the General Conference

In this particular case, it turns out that confining the upcoming special session to the particular purpose identified by the Council of Bishops (as the Constitution requires) is also aligned with the clearly expressed intent of the General Conference itself. Indeed, opening the floodgates to an inevitable multitude of petitions on the general “subject matter” of human sexuality would essentially nullify what the record shows the 2016 General Conference was seeking to accomplish in approving implementation of the Way Forward process.  As outlined in more detail in § III.B (infra), the record of the 2016 General Conference leaves little doubt that the General Conference endorsed the bishop’s proposed Way Forward process—knowing then that it was to culminate in a special session of General Conference that would focus on a concrete proposal informed by that process—because it held the promise of breaking through the quadrennial, seemingly intractable gridlock associated with debating a deluge of conflicting petitions regarding human sexuality issues.

In other words, based on a 45-year track record, the 2016 General Conference understood that the usual way of doing its legislative business—accepting petitions from all comers—had proven to produce the very antithesis of “harmony” on human sexuality questions.  On the contrary, the denomination was facing the prospect of imminent rupture.  And that is why the 2016 General Conference voted to try something different.  It asked the bishops to take the lead.  It asked them to develop a concrete proposal for maintaining unity notwithstanding our differing perspectives.  And it asked them to exercise their constitutional right to convene a called General Conference to vote on that proposal once it had been developed.

Having invested much in the process, the church—which is all of us—is now on the cusp of finding out if the Way Forward approach will work.  But we can be certain that it won’t work as intended if the delegates to the February 2019 called session are overwhelmed with multiple petitions concerning the same subject matter.  That is precisely the train wreck the Way Forward process approved by the 2016 General Conference was designed to avoid, our bishops must be given a fair chance to finish the job as intended—by having a called General Conference focus solely on petitions informed by the Bishops’ Commission on a Way Forward.

We have one chance to make this unique situation work, and I’m saddened that not everyone wants to play fair with our United Methodist processes and have issued legal challenges to open the floodgates to pet projects and agendas. The Chancellor’s well-researched and fair assessment (drawing from conservative and progressive voices across the USA) is an unfortunate need to stem the rising flood of pet projects and agendas.

Ultimately, such legal arguments will be heard at Judicial Council later in May 2018.

But other amicus briefs have been filed that claim different reasons why the Judicial Council should allow homespun legislation to have equal weight as the General Conference-elected process. A sampling:

Thankfully, the other briefs filed all fall short of this legal argument as they argue for the allowance of the flood of petitions and pet projects. I’m in prayer that the Judicial Council sees them the same way.