You are here: Home / UMC / The Day the Music Dies -or- Redemption Song? #UMC

Guest post for today from a layperson in The United Methodist Church reflecting on Methodism and Bishop Oliveto through music and technology. Technology and Methodism? It’s a perfect combination for the website and I’m thankful to Patrick for sharing with us. Check out his blog on After.Church. 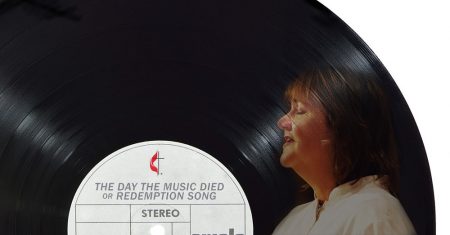 The Day the Music Dies -or- Redemption Song? #UMC

I’ve been wrestling with some pessimistic apathy about next week’s United Methodist Judicial Council hearings. It’s not that I don’t appreciate the potential impact their decision could have, especially for Bishop Karen Oliveto and the Mountain Sky Area. I simply doubt that the ruling will resolve our connectional impasse because of some fundamental shifts in how United Methodists relate to each other. Let me explain by way of an analogy.

In 1999, a peer-to-peer file sharing service called Napster was released into the public. While it wasn’t the first of its kind, the platform made the sharing of digital files easy, just as the MP3 format was becoming popular. The nearly simultaneous release of MP3 players, most notably the original iPod in 2001, drove the adoption of digital music upon the realized promise that one could now hold thousands of songs in their pocket.

SIDEBAR: When I’m feeling apathetic, I listen to music. Here’s a playlist to accompany the article.

The relative anonymity provided by file sharing platforms like Napster ensured that the music industry would need to respond in some way to what they would define as “stealing music.” The Recording Industry Association of America (RIAA) would come to sue 35,000 people over a five year period from 2003 to 2008 with the intent of frightening “the general public into not copying music.” While the RIAA was successful in wiping out college savings accounts, harming the reputations of individuals, sometimes errantly, and creating any number of public relations nightmares as they sued indiscriminately, they didn’t actually succeed in changing behavior or, as might be assumed a part of their responsibility, improving the revenues of the labels and artists that make up the music industry. These hard realities didn’t stop them of course; the RIAA only stopped the lawsuits when they ran out of money for them.

In the midst of these tumultuous times, musicians provoked conversations. Some took strong stances on either side of the file-sharing conversation. The rock band Metallica sued Napster head-on, winning some court cases but losing many fans along the way. The band Radiohead responded differently to the digital opportunity, releasing music in ways that connected directly to fans and forced record labels to rethink their purpose and imagine a possible reality where they no longer existed.

The music industry had been in a slump even before their digital “problem” emerged. It wasn’t until 2012 that the industry would experience another year of growth and that came after its embrace of digital sales. Since then, it has continued to explore new formats and models for distributing music. Who would have predicted in 1999 that a growing percentage of consumers would rent their music instead of buying it?

(I Can’t Get No) Satisfaction

Now I can appreciate how frustrating the past 20 years must have been for conservatives in The United Methodist Church. Over this time, numerous complaints and a number of high-profile trials have done little to change the minds and hearts of those who feel differently. Progressives have similarly have had their hopes dashed, over and again, for any change in the official position of the church.

What neither side seems to accept is the fundamental manner in which the ways we connect, and derive authority, have changed over this same period of time. Sure, we still have a formal structure that connects church to district, and district to conference, and conference to jurisdiction (or central conference), and jurisdiction to General Conference. But the power of that formal structure is passing away, for better or worse, like CDs made way for digital.

Much has been written about the erosion of trust in institutions. Slow to move, burdened with regulations and bureaucracy, they are an easy enough target for our animus. I doubt that many were surprised when the UMC, like the RIAA, initially responded to LGBTQ-related violations of its polity with the tools institutions have; defrocking and suspensions, our equivalents of lawsuits and threats of the same. What is indeed shocking is how very incapable we have proven ourselves to be in adapting much to the failure of such actions to change behavior, even when compared to the recording industries less than stellar example.

After a particularly disappointing 2012 General Conference, the late Bishop Jack M. Tuell, widely respected for his expertise in United Methodist polity, acknowledged the need for a “tweaking” of our structure as we strive to be a global church. While he affirmed the goal of a global church as a good one, Bishop Tuell wisely recognized the need to limit the scope of General Conference and to define the United States as a region free to make some changes for its distinct mission field, a privilege we had already afforded to the rest of the world.

As the good Bishop acknowledged, these ideas were hardly new in 2012. Our failure to make any meaningful changes to our United Methodist structure has left us in quite a dilemma forcing our leaders to insist on the efficacy of 8-tracks in a digital age, eroding what little moral authority they still retain.

Absent a reasonable forum to address change or engage in sincere Christian conferencing, we’ve unintentionally turned the task of defining United Methodist identity over to the various caucus groups that have arisen to stake out positions on the left and the right. As each year passes, we are more inclined to see ourselves as the true proprietors of United Methodist identity and less inclined to entertain other viewpoints. 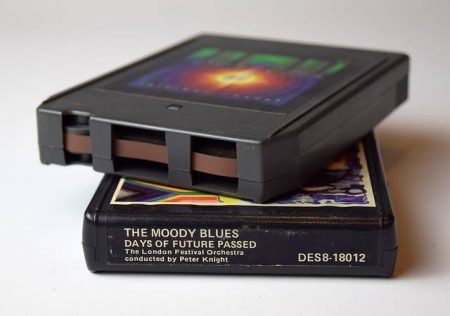 The Song Remains the Same 🙁

All of this leaves me feeling apathetic in regards to next week’s Judicial Council hearings, as if we are all just going through the motions. If I’m a conservative, or a liberal, I’ve already been told how I will respond if the Judicial Council does this, that, or the other thing. I’ve seen very little that suggests anyone will simply accept the council’s ruling if they don’t like it. And to be honest, as hard as I struggle to maintain some modicum of moderation, I would be disappointed if they did. The structure we have deserves to fail because we have done so little, together, to help it to adapt to a changing world.

Our one final, moonshot-like, hope resides in the Commission on a Way Forward and the special General Conference in 2019 that has been called by the Council of Bishops. But again I find myself pessimistic. One might think that equipping a group of thoughtful, diverse Christians to speak candidly with each other, and tasking them to work toward solutions, is exactly what we need. In fact, I have no doubt that it would be for many, if not most, United Methodists.

What concerns me is a suspicion that the Commission has been tasked to create a product the loud voices do not want. After all, a truly united Methodist church wouldn’t need all of those caucus groups to tell us what John Wesley would do. Those associations, ministries and even seminaries that mirror the services of the denominations would look foolish without all the distraction our infighting provides; they might even look schismatic.

That is not to neglect our personal role in this. We have all grown accustomed to our own voices and the comfort found in the echo chambers we inhabit. Do we even remember what the church sounds like without the constant politicking; are we wise enough to find value in divergent opinions? Do we share a mission and vision that is capable of unifying our efforts and faithful to the charge we have received? I really don’t know. Some of us have invested much in our CD collections, while others really love the sound of vinyl; neither offers the flexibility required to appreciate the full catalogue of a global church.

I do know that the world could use such a witness in times like these. A truly united Methodist church, inclusive of diverse theological expressions, could testify to a love that is much greater than what is needed to sustain a simple harmony of like minds. Of course, we’d all need to give something to come to that shared turntable; those with power a measure more.

A new digital normal has settled in for the recording industry. Leaders have learned that enough people will pay for music if you make it easy and safe for them to do so; they understand that fear-mongering is unproductive. Easy digital access to music is now seen as an opportunity; something once perceived as a threat is an emerging market experiencing modest growth. To top it off, artists now have more freedom to release music in different ways, consumers have more choices than ever, and even the record labels have adapted to preserve a role for themselves.

May God give us the strength to listen hard to find value in dissonant notes and to await patiently for new melodies to emerge. Our church could use more people gifted with such graces today, and the world would be blessed by their witness.

Patrick Scriven is a husband who married well, a father of three amazing girls, and a seminary educated lay person working professionally in The United Methodist Church. Patrick serves the Pacific Northwest Conference as Director of Communications and Young People’s Ministries. He blogs over at After.Church