You are here: Home / Church Talk / How Christians can respond to “Baby, It’s Cold Outside”

The problematic lyrics in the popular Christmas song should lead to reflection on church and culture’s gendered language. 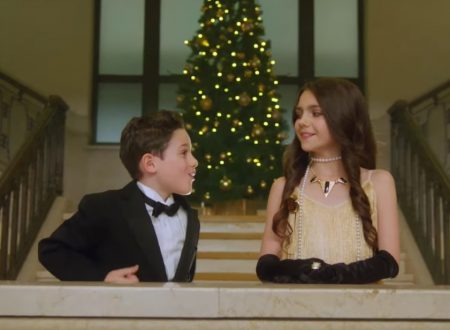 Baby…Wait, this is still a thing?

Every Christmas, the song “Baby, It’s Cold Outside” comes on canned music systems in stores everywhere, particularly Starbucks coffeeshops. And each season, discerning listeners perk up their ears and ask “how is this still a thing?”

It’s not an annoying Christmas song like “Santa Baby” or a sappy one like “Christmas Shoes.” No, the problem is the song’s lyrics, such as “what’s in this drink?” and the man’s repeated disregarding of woman’s desire to leave, are also present in rape culture and other denials of consent. In writer Frank Loesser’s lyrics, the characters are even named as “Wolf” and “Mouse,” implying a predatory relationship–or at least an unequal one.

So when we hear this song’s lyrics echoed in rape trials and police reports of sexual assault, people are troubled by it being part of pop culture.

Various online comedians and singer-songwriters over the past two years have made videos depicting the problems in the song. Here’s a sampling (some are rather crass, sorry):

Baby…Actually, look at the Context

But Christians are not of one mind on the appropriateness of the song.

Defenders of the song point to its original incarnation: a husband/wife duet who sang it at holiday parties. The song was made famous in a 1949 movie (watch the scene here) which is more playful than warning bells of rape-culture. The story is of a woman concerned about her social standing if neighbors or family notice she didn’t come home that night–a valid concern in 1940s America.

The argument is that understanding the context of the song and seeing what it looked like when it originally entered the public consciousness absolves it from blame at the way how language has changed over 70 years (this will be important later).

However, the context don’t justify the present out-of-context usage. The lyrics are problematic, and no matter the original context, the current context is quite different. Regardless of its origins, anything that affirms the idea that it is okay to ignore the words of a woman who is resisting men’s advances should not be acceptable to Christians.

Today’s covers of this song indicate they are aware of the problematic lyrics and try to re-frame them. Look at the 2014 version, sung by Idina Menzel (of Frozen fame) & Michael Bublé, which not only changes the lyrics (from “drink” to “wink”), but also resorts to using child actors in the music video to make the song “cute” and less creeptastic.

Knowing the origins of the song doesn’t redeem it for me. Language changes and perceptions of women change, and we should be mindful of that in deciding what language about women we will tolerate being broadcasted at Christmastime. 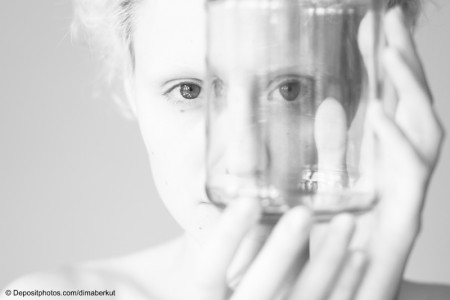 While we can point to culture, the reality is that the Church itself needs to do more work on its own language.

And the most effective place to start…is the language we use for God.

For decades, Christians, particularly Christian women, have attempted to enter into the public consciousness how problematic it is to have masculine language for God, and discouraging use of “He” and “Him” language except when contextually appropriate.

One can imagine what an uphill struggle that is. Every Bible refers to God as “Him” or “He” and almost every Christian faith tradition uses similar language in their liturgy–even strongly progressive denominations like The Episcopal Church. Shocking that traditions that that began in patriarchal cultures used masculine language for the ultimate deity, I know!

While the Christ was in the form of the man of Jesus of Nazareth, there are a plethora of Scriptures that use feminine language and images for God, and extensive theological affirmations for why gender neutral terms like “God” instead of gendered ones like “Him” are more theologically appropriate.

Lord…Actually, look at the Context

One defender of the “Baby” song wrote on a friend’s Facebook wall “the way it was written is the way it was written.”  As well, the primary Christian argument supporting masculine language for God and the Trinity is that Jesus himself used masculine language for God, calling God “Abba.” This “original context” justifies its traditional and current use. From a conversation on Facebook a few years ago:

We don’t need to rewrite everything for our contemporary context due to people misinterpreting its connotation (we don’t rewrite Scripture, we interpret and study). Education is important. When understand in its context, it’s actually very inclusive and reveals a key tenet of our Christian faith.

Like “Baby, It’s Cold Outside,” since the original context was appropriate, then it is appropriate for contemporary use, and people who are offended just need education and context.

I know that inclusive language, when used without analysis, can sometimes lead us astray (Creator God is erroneous as the whole trinity participates in Creation, so it doesn’t work as a substitute for “Father”), but I’m equally aggrieved by keeping traditional language for tradition’s sake, and, like the song, I don’t think it justifies current usage.

Masculine language, which is patriarchy leading to complementarianism and gender roles, poisons the faith wells of too many traditions, and turns off people from knowing Christ. That’s what our past context was, what our current context has become, and what we need to overcome in a better future.

The tiny change to do inclusive language should be a no-brainer when we think about it from a missional perspective.

When a missionary goes to Kenya, they learn Swahili and teach about Christ in that language. They don’t preach it in English and expect the people to do the work of translation.

Same concept here: if we do the translation work ourselves and present the Christian message in contemporary inclusive language, then we remove that impediment to receiving Christ. Hence, using language that doesn’t stop people at the door and invites them in to hear more, or to listen up if forced to be there for Christmas obligations, is at least a step in the right direction.

Since inclusive language, when done well, doesn’t change the meaning of the read biblical text or of spoken liturgy, then it should be an easy decision for churches that are serious about missions and not dismissive of half the sky being made in the image of God.

I hope stores like Starbucks remove “Baby, It’s Cold Outside” to remove an impediment to their customers, and I hope churches remove masculine language for God from appropriate parts of their liturgy and Scripture readings to remove barriers to today’s cultures seeking Christ.

You can help by making complaints to businesses when you hear it come on the radio (especially calling customer service and registering complaints with central offices), and by initiating conversation with pastors and worship leaders as to why gendered language for God is problematic. Together, we can bring our cultures to a new awareness.