You are here: Home / Church Talk / Remembering the Wrongs, Forgetting the Rights

The Church is called to be where everyone knows your name and has forgotten what you did. 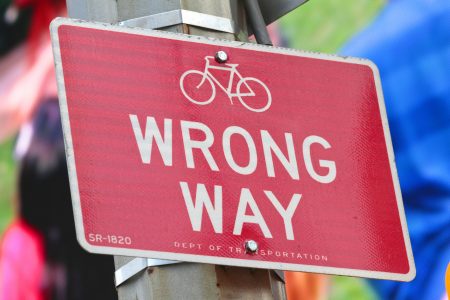 Whenever I wake up in the middle of the night, or wake up early with something on my mind, it’s rarely a looming event in the future, but more often it is a mistake or uncorrected error I made in recent memory.

Turns out there’s a name for that. The Zeigarnik effect states:

The brain remembers incomplete tasks or failures longer than any success or completed activity. Once a project is complete, the brain no longer gives it active or working status. Tension and Failure have no closure, thus the brain continues to work on them.

We often obsess over what is unfinished or a failure. This aspect of human psychology weighs on us as the accumulated weight of failures or unfinished business keep us from reaching new heights. These open loops keep us from closing them off and allowing our energy to flow more freely.

We have to consciously give space to our successes or those areas where we feel complete. It’s not a natural tendency to let the failures go, and yet that’s often what we are called to do to be productive people who “move on” to other things.

One of the needs of church is to close these open loops and remind people of repentance and forgiveness.

When I worked in youth ministry and a student acted up or had to lose privileges, at the end of the event, I would take them aside and say “This was a rough day, and you made some mistakes. But tomorrow or whenever is the next time you step foot inside the church, today is forgotten and you can try again with a clean slate.” I didn’t want guilt or shame to keep them from participating at church.

My gift to that person was that they didn’t need to practice repentance to obtain forgiveness. I didn’t demand it from them before they came back: I told them they already received it. Eventually, that would lead to conversation about repentance, but so many churches require the individual to close the loop themselves instead of closing it for them.

Working against the Open Loops and closing them off leads to acceptance of more people and more trust by the current members who choose to not let errors keep them from enjoying worship, community, and engagement.

I wish that could happen for our local churches that we forgot our conflicts of the past whenever we stepped foot on the church property anew.

In local churches, when someone loses a conflict at a church, they stew on it. Then they eventually blow up about another issue. So having constant win/lose scenarios in church decisions keeps them in the trenches and embattled and it is bound to show up in other areas.

It doesn’t have to be a universal experience. One of my wise elderly parishioners said to me a few years back:

“I will voice my opinion, but if the church goes another way, I don’t count it as a loss. That way I can be back next Sunday.

That’s the key line: “I don’t count it as a loss.” In other words, the member doesn’t keep the disagreement open in his mind. He may in practice, but in theory, he tries to not let disagreements keep him from enjoying the church to its fullest.

Win/lose systems without closure lead to unresolved tension. We create these open loops in local church practices, and it takes intentional effort to close the loops and move the church forward.

Closing the loops takes more discernment than it sounds, especially when a church or individual needs to stew on them a bit longer.

I don’t think the opposite end of the spectrum is healthy: forgetting the past entirely or glossing over the bad parts. Both in church history and in personal narrative, engaging and dealing with our failures and the open loops is healthy. To forget the sins of a church’s past, or our Founding Fathers, or our personal shortcomings is to invite them to happen again.

These open loops needs a preceding action: naming. By naming what went wrong, churches are able to offer corporate forgiveness, even though the people may not have worked through their personal repentance yet. Like the discordant youth, we name what is wrong, but then offer forgiveness that leads to personal repentance.

In John 8, when Jesus is seemingly trapped by the Pharisees who bring before him a woman caught in adultery, he does not ask her for repentance before saying “Neither do I condemn you. Go and sin no more.” The sin is named, but forgiveness comes first in an attempt to close the loop. However, only after the individual has done the repentance work is it truly closed.

We must be a place that offers grace first, not judgement, and offers to walk with people to close the loops in their lives so they can avoid the Zeigarnik effect and live lives free in the Spirit.