The spiritual practice of Lectio Divina could be made more powerful by comparing it to how nerds approach Star Wars. 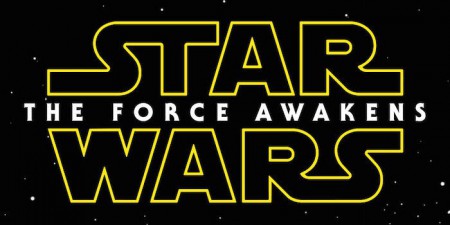 I’m a huge Star Wars fan–okay, a supernerd. I saw Star Wars: The Force Awakens three times in theatres, and I now own the Blu-Ray…and I even took my 3yo daughter to see it when it was shown in a local park. We only made it as far as the Rathtars scene, then she wanted to go home. Fine.

In my first viewings of the film, I noted that each viewing of Star Wars led me to seek out something new of that epic story.

Each time, I came back to the same story and soaked in a different aspect of it, and came out with a renewed sense of what the movie was all about.

And it made me wonder: If I can apply that method to a modern epic, can I apply the same to the biblical epic?

One of the more popular devotional methods for reading the Bible is called Lectio Divina.

Lectio Divina is a Latin term meaning “divine reading” and describes a way of reading the Scriptures whereby we disregard academic study and open ourselves to what God wants to say to us experientially. Usually the Scripture is read three times, inviting folks to reflect on a single word or term that popped out at them.

If you haven’t tried it, it can be a powerful experience for all ages of youth and adults 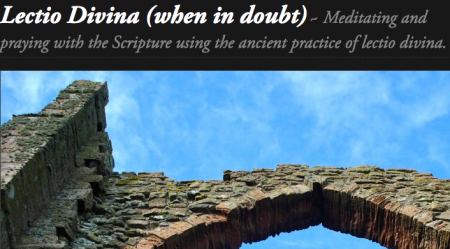 Rev. Todd Spencer is a Deacon in the United Methodist Church. If you haven’t done a Lectio Divina before, I would recommend experiencing one of his…and you can, right now!

Rev. Todd has a website of weekly lectio divinas that you can download or stream as an audio file. The one I did in preparation for this post (February 14, 2016, First Sunday of Lent) was 24 minutes of a devotional reading by Eugene Peterson, prayer, music, reading of scripture from the Gospel of Luke, and silence.

Take a listen to a more recent one and sound off in the comments what you think.

Fun fact: Todd was my youth minister in high school and was instrumental in my discerning a call to ministry. So you can blame him 🙂

So, given the outline of Lectio Divina, and a case study…wait, how can Star Wars possibly inform Lection Divina?

My process above of looking for specific things in the story gives focus to my mind and I think it can work for the Biblical narrative as well.

I’ll warn you this conflicts with the actual theory of Lectio Divina, though it is how I’ve often experienced it in practice. In theory, we aren’t supposed to give any guiding thoughts and simply allow the Spirit to direct us. But in practice, I’ve often seen leaders give some nudge in some direction to guide the group. This is simply another version of those nudges.

I think approaching a Biblical text with the same type of process that a superfan approaches the object of his fandom can yield both energy and a natural process by which the biblical text can be engaged and transformative in a person’s life.

Try it out and let me know.