You are here: Home / UMC / Open Letter: Why Portland should care about #UMCGC 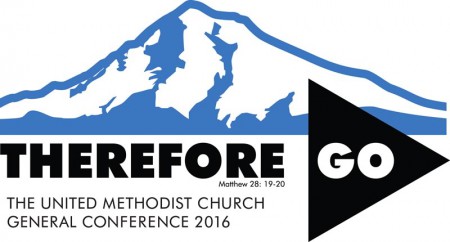 Prepare for Oregon’s biggest religious convention of the year

To the people of Portland,

For 10 days in May, the city of Portland will be the focus of 12 million Christians worldwide who are part of The United Methodist Church. But even Portlanders normally apathetic about religion should care what happens during those 10 days because it has global consequences on climate change, LGBTQ equality, and other social justice concerns.

It all began on May 10 at the Oregon Convention Center when the denomination’s General Conference started, an event that is held only every four years. Over 850 delegates representing over 50 countries are voting on potential changes in doctrine and policies. In total, we expect 3,000 people to eat, study, advocate, experience the May MAX train delays, and finally vote in Portland from May 10-20.

The United Methodist Church (UMC) is the only global Protestant (non-Catholic) denomination in the world, and General Conference is unique in its worldwide makeup, authority, and influence. We have no Pope or leader other than these 850 delegates who make decisions by majority vote.

These majority votes have incredible consequences beyond church walls:

I hope my fellow Portlanders pay attention to what happens because they have real-world effects. While my local UMC church in SW Portland has embraced LGBTQ equality, climate protections, and social justice initiatives for decades, not all Methodists are like Portland Methodists.

We hope you come watch, advocate, pray, send kind thoughts, or just be reminded that religious institutions do matter in the world, and let’s all be hopeful that this one still does too.