You are here: Home / Theology / Justice / The World can stop Climate Change…through the UMC.

The best chance for vulnerable nations to affect climate change is not through nations or organizations, but actually through The United Methodist Church. 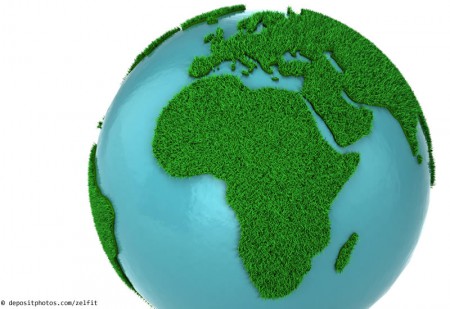 The problem with the climate change debate is that the countries who will be most affected by climate change are not those that are contributing the most to climate change. Industrialized nations that deplete the ozone layer and send teams that mine fossil fuels and level forests will feel the effects of climate change, surely, but not as severely as the smaller countries.

For example, the Philippines are a series of low-lying islands, and have suffered greatly from climate change that sends storm after powerful storm their way. Africa has seen significant changes to water supply due to shrinking mountain snow caps, changing how vulnerable populations live day-to-day.

The problem is that political and national efforts to halt climate change from these countries have little effect on the multinational conglomerates and corporations that operate outside their jurisdiction. Other than sanctions or efforts against the fossil fuel industries that operate locally, which are rare due to financial considerations, there’s a sense of hopelessness of what a country can do to stop a process that will substantially affect them.

The deck is stacked against the most vulnerable nations to a climate change situation they did not create. What can they do?

The Solution: The Church

The General Board of Pension and Health Benefits has nearly $600 million invested in the largest fossil fuel companies in the world, with investments in 31 of the top 100 coal companies and 80 of the top 100 oil and gas companies by reserves.

As we’ve shared before at Hacking Christianity, this is a tremendous powerhouse of money that could overnight change the game by divesting worldwide from the petroleum industry and reinvesting in sustainable clean energy sources. There would be financial upheaval, there would be difficulty, but after the transition decades, historians might point to this moment as the turning point when the Church took the lead and chose to be a headlight rather than a taillight.

The Solution: The Global Church

While it seems like The UMC has the same problems with money and power, that’s not entirely the case. The UMC has a global polity which means that every Methodist around the world has a vote through their delegates at General Conference. In fact, over 40% of the votes to effect change in The UMC come from outside the United States. That number will likely reach 50% by 2024, which is the same year that General Conference will be held outside the USA for the first time.

So the international church is a powerhouse when it comes to church decisions. In a world where politics and money stop change from being effected, I believe the Church is where radical change can actually take place.

The math supports this. Let’s imagine that every African delegation (260 delegates), Filipino delegation (50 delegates), and the 11 annual conferences that has already passed a divestment resolution (70 delegates) support divestment. Out of the 864 voting delegates, that leaves 380 delegates in support, needing only 52 more individual delegates to vote to authorize the UMC to divest. While it is unreasonable to expect entire delegations vote in bloc, though some caucus groups encourage this, the countries most affected by climate change can actually do this.

The potential is there and the math is very close. And such an incredible amount of money can then be reinvested in clean energy sources, which can leapfrog parts of Africa from no infrastructure to a solar infrastructure, bypassing fossil fuels entirely.

The Problem: The UMC Money People

However, the dream has one powerful entity standing in its way: the General Board of Pensions and Health Benefits. For the past year, GBPHB has sent staffers to annual conferences that were considering divestment proposals in order to lobby against them. They sent a very powerful speaker to the Pre-Conference briefing for the American delegates, and speakers to the international briefings as well. I think they are sincere in their belief that shareholder advocacy works and The UMC should not divest, but as we’ve explored earlier, that’s often like asking Nike to stop selling shoes.

We know the money people are worried about divestment because they overplayed their hand by sending a disturbing video to the Central Conferences. As Fossil Free UMC, Reconciling Ministries, and the United Methodist News Service have reported, the GBPHB created a video sent to the Central Conference (non-USA) briefings that explicitly told delegates to NOT vote for divestment. Then, after being called on it, they edited the video to still say the same things, but the caption no longer reads “do not vote for divestment” as if that makes it better.

I don’t actually have a problem with our agencies submitting legislation and proposals and advocating for them. For example, if the practice of missions causes Global Missions to have ideas about how to better do things, I want to hear from them. If the Pensions people have better ideas about how to do things, I want to hear from them. But offering critical reflection on issues for American delegates, while being directive about how to vote for international delegates, strikes me as hypocritical and desperate because the math is so close.

The Time is Now

As Rev. Phillips concludes in the UMNS article:

“This is the time for The United Methodist Church to step out and say we are not going to profit from this industry any longer,” she said. “We want to stand on the side of people who are suffering the impact of climate change.”

May we find this courage and the willingness to risk some money to do good for the entire planet.