Understanding how the Biblical text was originally written sheds light on how the anti-gay section of Romans 1 is not an argument made by Paul. 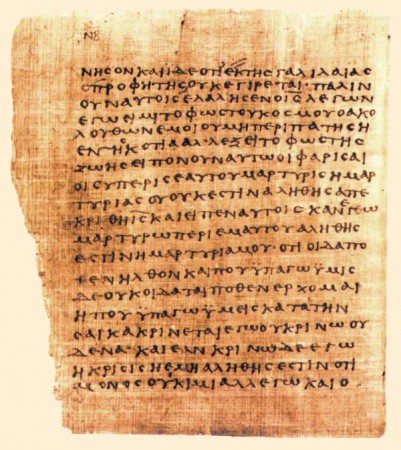 Punctuation matters because where one places a comma or a period affects the reading of the text. Dr. Benjamin Shaw reflects:

For example, Ephesians 1:3-14 (one extended sentence in Greek) is divided into three sentences by the KJV, and up to fourteen or so sentences by some of the modern simple language translations. But this punctuation is a matter of editorial choice.

As biblical transcription and comparison efforts are more holistic, as we cross-reference how an author uses words or phrases in other sections of texts–as well as how the corpus of literature at the time used the phrases–our understanding of biblical texts becomes better over time and we can get closer to the intended wording of the text.

And in at least one case, proper punctuation severely diminishes the argument that Romans 1 is anti-gay. 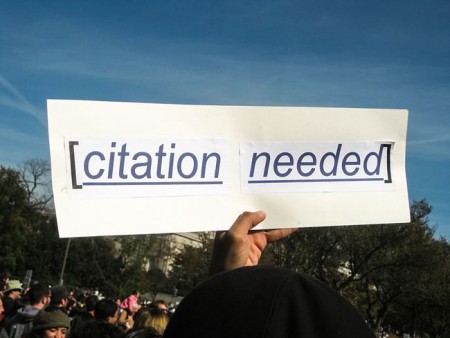 Romans 1:26-27 is often quoted to support arguments that the Bible renders same-gender relationships to be anathema to God. However, many scholars are persuaded that Romans 1 is another passage that contains both Paul’s writings and an extended quotation of a theological opponent or strawman who is then refuted in Romans 2. Theo Geek writes:

Romans 1:18-32 seems to be an instance of an ancient literary device called “speech-in-character” (prosopopoeia). Or, more simply put, is what we would call a “dialog” or “debate”, with Paul deliberately presenting an opposition viewpoint and responding. It is now well-established that in Romans 7 Paul uses a lengthy speech-in-character without warning his readers. Equally, in many part of Romans that take a question and answer format, Paul is obviously engaging in a pseudo-dialog with opposing viewpoints.

Dr. James McGrath uses technology in some of his biblical critiques and writes:

As Paul piles on the insults aimed at the character of Gentiles, in a manner typical of Jewish polemic in Romans 1:29-31, BibleWorks was able to tell me something that other sources did not: just how many words are not merely rare, but the only instances of Paul using the word among the entirety of the authentic epistles…

Why is Paul’s language so different here? One plausible explanation is because he is mimicking the speech of one or more others. Indeed, it is not impossible to envisage him actually drawing on some other person’s well-known tirade against Gentiles in order to make his depiction of that position particularly relevant and poignant, quite possibly specifically that in Wisdom of Solomon 12-14.

And so, the rhetorical turn indicated by the vocative at the start of chapter 2, the move to condemn the speaker voicing the point of view articulated in chapter 1, and the distinctive vocabulary do all seem to reinforce this point: The views articulated in Romans 1:18-32 cannot be treated as Paul’s. This doesn’t mean that Paul disagreed with all the points, any more than it can be assumed that a Christian and an atheist, or two people of different political parties, will disagree on everything, even when they quote one another polemically or satirically. But it does mean that one ought not to use Romans 1:18-32 to determine Paul’s own views.

The problem of traditional translations means that we’ve turned Paul’s argument from a polemic into plagiarism. And that’s being unfaithful to the text.

By assigning the opinions about gay people to Paul’s lips instead of his opponent, we’ve weakened the argument he’s trying to make and stunted the biblical witness against rushing-to-judgment that Romans 2 makes. 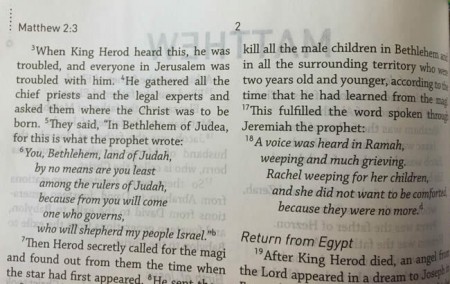 The Need for Proper Punctuation

So how can the scholar inform the casual reader of Scripture that the above is a quote, not Paul’s words?

McGrath recently highlighted the work of Dan Wilkinson to depict that the offending section of Romans 1 needs to be in blockquotes:

If it’s true that Romans 1:18-32 isn’t in fact Paul’s voice, shouldn’t our English text clearly reflect that? Why not add quotation marks around that passage to set it off from the rest of Paul’s letter? And, while we’re at it, why not add section headers that clarify the rhetorical interplay that’s taking place?

We do this already, especially when the Gospels are quoting prophetic literature. Read a hardbound copy of Matthew and you’ll see the references to Hebrew Bible prophecy are in italics or quoted differently in some way. The above picture is how it looks in my Common English Bible. The translators of Matthew are very clear to note that the prophetic writings are different sources than the Gospel–why can we not do the same with the Pauline scriptures? 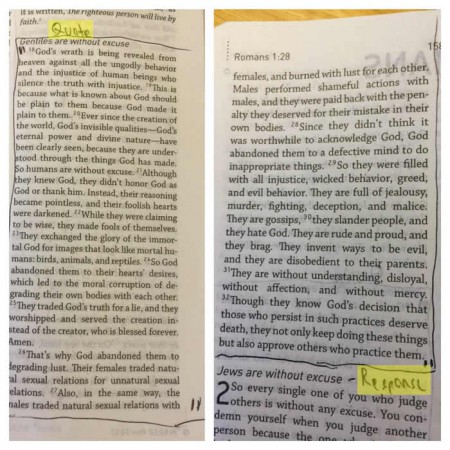 So here’s a hack: in your bible, draw quote marks around Romans 1:18-32, or shade them with a highlighter to indicate this is an extended blockquote. Above is how it could look in my Common English Bible. Perhaps with a question mark–whatever helps the reader hold the section in its proper form.

What’s needed in Scripture is precisely this kind of form criticism: clearly articulating who is speaking in each Scripture verse and how the reader is to hold or frame the passage in Scripture. By better visualizing that framework in Romans, we are better able to frame the anti-gay verse as not coming from Paul’s mouth but from that of his opponent–we have no other indicators that he agrees with the quote–and that is of tremendous help to LGBT Christians.