The bundled nature of traditional Christian beliefs renders them easier to picture than Progressive Christian beliefs which require more reframing. Will the anti-authority DIY culture of the Internet change the game? 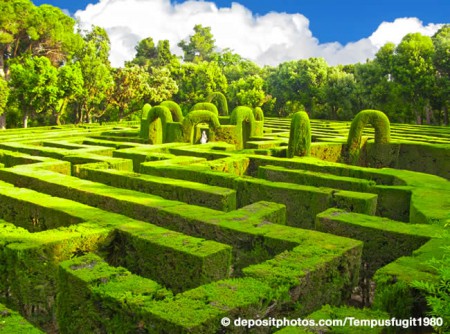 I was tagged by John Meunier on Twitter with an enigmatic call to read an article. He sent a link about how Facebook has been massively popular while Twitter and Reddit, which are arguably more powerful online tools, have not grown as much. The article articulates why:

The most popular services tend to be the ones that demand the least from their users. And Twitter demands a lot more of users than Facebook does.

To make Twitter manageable, you have to carefully curate the list of people you follow to avoid being overwhelmed. The rules for Twitter conversations — for example, the fact that starting a tweet with someone’s username will hide it from anyone not already following that user — are not intuitive to someone dropping by the site for the first, or even the 10th, time. And many users find it intimidating to write tweets that anyone in the world could read.

Twitter helps users sift through a lot of information efficiently…But most people don’t want to sift through large volumes of information. They just want to look at pictures of their friends’ weddings, vacations, and babies with a minimum of hassle. And Facebook makes this really easy.

I find this to be true. Facebook holds the user’s hand until they are able to handle the more complex options. Twitter is very useful. Reddit is very powerful. But neither will be as massively popular as Facebook because of the complexity barrier.

The simpler the social network, the more user-friendly it is, the more appealing to the masses.

I wonder if this metaphor applies to the largest network of all: the Church. It seems that Conservative churches tend to be larger whereas Progressive churches are smaller, even in progressive parts of the country. Given the above example, I wonder if one of the factors is that Traditional Christian beliefs are more user-friendly than Progressive beliefs.

Recently, I heard a conservative Christian candidate for ministry share their faith statement. By the third line, I could accurately guess the content of the rest of the faith statement’s conclusions. Like a bundle from Comcast, traditional Christian beliefs all link together in an often recited whole. They are a package deal, reinforced by centuries of hymnody and music, and it’s rare to see departures.

In contrast, when someone shares their faith statement as a self-identified progressive, I move to the end of my chair.

There’s an element of predictability with conservative traditional beliefs that progressives don’t often replicate. Like a domino, when Progressives reframe or reject one traditional belief, it affects other beliefs as well. Indeed, what often trips up progressives is when they haven’t dealt with how their reframings affect other theological areas (I remember when I painted myself into a corner in one of my first interviews…sigh).

In short, conservative traditional beliefs are often a package deal, whereas progressive beliefs tend to be more unpredictable. There are varieties in expression, argument, and process for Conservatives…but little varieties in conclusions.

The Complexity Barrier for Progressives

Because of their bundled nature, I think that Conservative (Traditional) Christian beliefs are more user-friendly than Progressive beliefs. Let’s be clear: Conservative beliefs are not more simplistic (as there’s a long line of traditional theologians who wrote brilliant reams of text in this category), not worse, not more simple-minded, but more user-friendly when one’s faith statement sounds a lot like recitations of the Creeds.

Progressive Christianity is not as user-friendly as they have to do more work to define what they believe. Progressives have to define themselves not only in a stand-alone way, but also show where they are not like traditional Christian beliefs. They have to redefine divine power in Process Theology, or God’s preferential option in Liberation Theology, or soteriology in Universalism. Because Traditional Christianity has already defined the terms, Progressives have to define and differentiate between church tradition and culture’s definitions simultaneously.

Conservative Christians are the Tradition. Yes, processes and methods are novel and have diversity, but conclusions do not vary very much beyond the major figures in Christian history. Further, they tend to categorize any progressive thought into previous heresies, which is an annoying way to pigeonhole their actual arguments. At a user-friendliness level, since the conclusions are more-or-less the same, the package is more easily picked-up by newcomers than Progressive thought.

In short, at the “explain your theology to me” level, Progressivism is more complex than Conservative Christianity as it not only affirms what it believes, but also re-defines Christian terms that traditional Christian viewpoints don’t have to do (until you get to the systematic theology level).

Regardless of Facebook’s popularity, millions of people do use Twitter and Reddit. I wonder if the Internet is revealing that though do-it-yourself social networks will be smaller, they will be very influential…and so will Progressive Christianity.

In the post-modern world, full of competing narratives, Traditional Christian package deals offer certainty for people. Sharing clear, coherent theologies that are readily consumable and backed up by the majority of tradition–it works for people. Like Facebook, the ease of use of these theologies and the non-apparent shortfalls (especially in isolated communities or echo chambers) render these theologies very popular in mainstream and conservative-evangelical Christianity. And that’s okay.

And yet it is also in this post-modern world that nuance, doubt, suspicion of authority, and do-it-yourself natures have combined into a renewal period for Progressive Christianity.Thanks to the Internet connecting and empowering communities of Progressive Christian thought, participants are less “believe whatever you want” and more engaged in communities determining life together in an accountable way. So much so that traditional churches banded together to try to defame a progressive United Methodist congregation that convincingly challenged the dominant narratives.

I firmly believe that the resurgent DIY culture is a boon for progressives and a bane for bundled traditional beliefs. While the populations may not shift significantly, history has shown that progressive beliefs will seep into the bundles–like they were there all along–and then everyone will benefit.