You are here: Home / Internets / Disarming Internet Trolls [2of3]: Can you be a Honeypot? 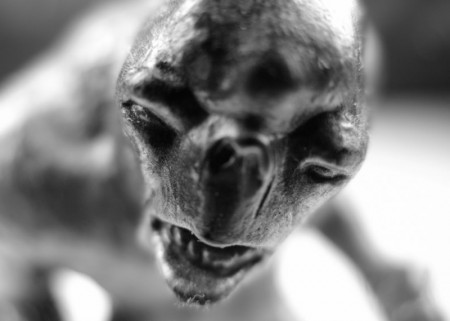 Previously in this series, we defined the difference between trolls and trolling, and we gave a proper framework for “what trolls mean to you.” You can read that post here. Now we move to Part 2 of this series which deals with your role when engaging trolls and trollish behavior online.

Trolling with a purpose

Per the previous post, I can frame people’s feedback in terms of whether they are in the arena with me. But why should I engage them–can’t I just ignore the trolls?

Trolling seems to be just about personal aggrandizement and disrupting internet conversations/communities. But at its root, trolling is about dehumanizing the other. It sees the other people online as objects with buttons to push to elicit a response. Whenever people are trolling, they do so without the “person” in mind so much as the focus on the desired effect of the trolling.

As a website with primarily female readership, Jezebel understands internet trolling as a political force to silence and shame women. Lindy West writes how she deals with trolls (NSFW language in link):

And, most importantly, I talk back because internet trolls are not, in fact, monsters. They are human beings—and I don’t believe that their attempts to dehumanize me can be counteracted by dehumanizing them. The only thing that fights dehumanization is increased humanization—of me, of them, of marginalized groups in general, of the internet as a whole.

For activists online, they likely resonate with West’s words: engagement online both shows the onlooking public how to engage people properly, and it hopefully brings some more humanity into the more inhumane parts of online discussion.

Consideration #2: Can you be a Honeypot?

Like Jezebel, I don’t ignore trolls. I feed them until they explode. And here’s why.

Most of my online conversations are in the realm of religion or LGBT inclusion–and often both.  As a progressive Christian who is in a minority in my own denomination and in Christianity as a whole, I’m used to dealing with both the detractors who call me apostate within Christianity, and the non-theists who do not find value in the Christian tradition. And I’m used to engaging with the dark trollish corners of those groups–and then being criticized by my friends for “feeding the trolls.”

I don’t see my engagement and continued advocacy as feeding the trolls so much as being a honeypot for them. I would rather trolls waste their time with me, waste their time refreshing my Twitter timeline or my blog, poking at my every tweet. I’d rather be the honeypot that catches them in endless cycles of non-disruption so that they cannot infect others. But more than wasting their time, by my engagement with them, the onlooking public can see how to disarm them.

For example, I’m the administrator of the 4,300 member United Methodist Clergy Facebook group. I’m often criticized for having the group be a “public” group when people post all sorts of crazy stuff on there. What kind of witness is that to the world when everyone can see what we talk about? The ELCA and Lutherans and Episcopalians all have private forums. So what gives? The truth is that I’ve seen a marginal/measurable (depending on the day) increase over the past two years of the community policing its own, and more than just the loudmouths on both sides of every issue. People are slowly learning how to deal with trollish behavior, and that brings me (occasional) joy.

The sunlight of public scrutiny and showing others how to engage the caustic people online–be they clergy just having a bad day or actual trolls–may lead to transformation in the long run.

My open engagement leads to problems, primarily with escalation from online to real-world interactions. I had a troll call my church and leave a threatening voicemail (really weirded out my church secretary who didn’t know what a blog was!). I had a troll categorize all my blog posts in ranking order of offense and threaten to charge me with heresy. As we saw with Gamergate, these are mild versions of the horrors of what happens to women online everyday, but they were still escalations beyond what was appropriate.

So my hope is that you find the circles where you find you are able to show to the rest of the community how best to engage, and slowly empower the entire community to be able to handle the minor offenses. That way, when the major ones come, you’ve got a community behind you.

Some recommendations from my personal practices:

By keeping these practices at hand, you might keep the humanity both in yourself and in the conversation, leading to overall betterment even if the troll rejects your humanity in the end.

Part three is tomorrow dealing with communities of trolls (gaggles of trolls? Sludge of trolls?). But in the meantime, thoughts?