You are here: Home / Church Talk / church growth / Is Church Planting only for those under 35? 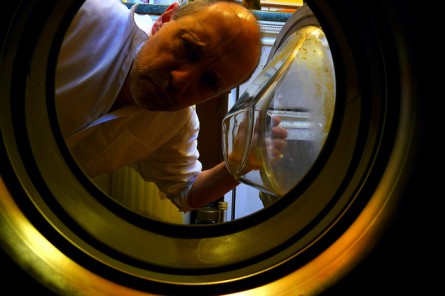 A friend on Facebook was looking at job opportunities to share her church skills and experience. She happened upon an exciting posting for a church planting job for Urban Village Church in Chicago, a thriving United Methodist multi-site church. However, her heart sank when she read the list of qualifications near the end:

My friend is 55 years old and she felt shut out from even beginning to discern for this opportunity because of her age.

So the question is “Do you need to be under 35 years old to do church planting or is that an arbitrary number?”

To be clear, Urban Village is offering the role in concert with Path1, which has the explicit focus of “increase the number of young and diverse clergy under 35 years of age” in the United Methodist Church. However, I can’t find anything on the Path1 website that explicitly states that the program is just for folks under 35–indeed, the language implies that they are seeking church plants to reach people under 35 and guide them towards ordained ministry.

(Update 11-1-14): One of the pastors replied below and gave backstory on the requirement as coming from Path1 not Urban Village, and they have removed that line from the job posting. Here’s the quote:

I helped start UVC when I was 41 so I certainly believe “older” pastors can be planters! Someone brought our attention to this post, though, and we approached a Path1 representative for clarification. He, too, affirmed that the desire is to reach out to younger clergy and not to limit 35+-year-old pastors to apply so we were grateful for the clarification. We’ve changed the language in our post and notice. It now says that we encourage younger pastors to apply, but there is no age limit or ceiling.

Thanks for commenting, Christian!

However, the sentiment is still worth discussing: Do you need 35 year olds to reach young people?

I asked some of my church planting professional friends about the age question, and one of them had an interesting comment:

The rule of thumb has been that planters can reach people 10 years older or younger than their age, who are in a similar life-stage.  Therefore, church plants targeted to younger people are typically led by younger planters. My experience has been that this is generally true. Churches become more multigenerational as they age, but usually for the first couple of years, new plants draw from a very similar demographic cohort.

35 is an important age these days. 35 year olds are currently at the hinge point between Generation X and Millennials, and if the above quote is correct, that means that–yielding to generational theory–such people can reach both generations authentically. So it makes sense to employ younger adults to do church planting.

Evangelicals seem to buy into this and almost solely rely on younger adults to do their church planting. So much so that it seems to be a formula that Christy Thomas caricatures in her recent blog post on church planting:

There is definitely a formula that underlies a successful church plant…[first, you need a] young, male, good-looking, charismatic pastor, preferably with a beautiful “smokin’ hot” wife and a couple of photogenic children. Best if he is a former athlete, and has muscles bulging under his tight t-shirt.

There is such a thing as too young, though. The Acts 29 network that plants churches encourages people to wait until they are 25 to engage in church planting. So for effective church planting, there’s apparently a magic age range between 25-35 years of age.

In summary, due to their interpretation of missional effectiveness and to reach a particular demographic, many churches rely on younger adults who can reach that younger demographic with perhaps more ease and authenticity.

I would love to know examples of church plants that don’t follow this formula and employ adults over 35 years of age in the pastoral role. Please comment below with examples!

And yet I’m fearful of what the church might have been without Jerry Herships, who pastors an innovative church plant in a Denver bar called After Hours. His church does terrific work with feeding the homeless (over 20,000 meals served! Take that, McDonalds!) and offering a safe non-churchy place for people traditionally excluded from church. (Update: Jerry says it’s now 100,000 meals served and 50,000 communions shared in the park. Ridiculous!).

Why is this important? Jerry started seminary in his 40s and began this church plant at 47. People now reach out to Jerry for church planting advice and churches in non-traditional settings, and he is transforming the church from the inside-out.

So if folks over 35 years of age can do church planting, the question changes a bit: is outright exclusion of adults over 35 an expression of ageism?

On this blog, we talk a lot about young clergy issues, but the other end of the age spectrum is equally important. One of our bigger thrusts in recent years was pushing back on the Texas area of the United Methodist Church and their ordination requirement that was discouraging to senior adults. Here’s those posts:

As part of this conversation, the United Methodist Reporter interviewed a friend of mine in Oklahoma who was ordained at 53 years of age and is a senior pastor in Oklahoma–his spouse is UM clergy too. Here’s why he endured and changed careers late in life:

Mark Whitley said he and his wife are “all in,” having spent virtually all their savings in preparing for their pastoral call. But he said the two have no regrets. Before becoming a pastor despite his career advances, he said he always felt a “gnawing sense of emptiness.”

“Every pastor understands the pain of ministry,” he said, “but the pain of leaving my call right now would far exceed whatever pain I feel as a pastor. It’s who I am.” He added that to turn someone away because “they’ve reached an arbitrary age seems deeply, deeply disingenuous.”

I understand that demographics play a part in considerations for qualifications for both ordained ministry and for ministry opportunities. It takes a match of church mission and individual sense of ministry for a particular job.

However, excluding a group does not inclusion make. For a church that seeks full inclusion, it’s odd to have this as a requirement. We can be open to LGBTQ persons, ethnic minorities, persons from other denominations, and the full spectrum of gender diversity…but to exclude people because they’ve reached an arbitrary age seems–as Rev. Whitley said–deeply disingenuous.

God calls people to serve the church, and sometimes those people are called later in life, perhaps after they’ve learned some interdisciplinary skills from their first career that would be a perfect match for a church plant. To deny people an opportunity based solely on age is to deny the whole Church an opportunity to grow and be transformed by their novel perspective.

Discuss! Thanks for your comments and for your shares.