You are here: Home / UMC / The Real Choice for LGBTs in the UMC 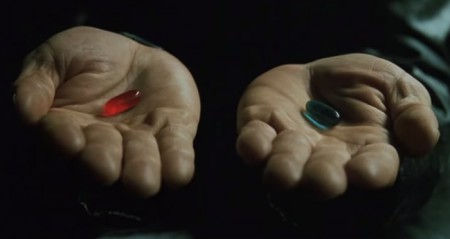 False choices in the UMC

Whenever we talk about the LGBT debate within the United Methodist Church, there word “choice” comes up a lot. When it refers to LGBT candidates for ministry, the “choices” are pretty painful:

There’s more insidious choices: A fellow clergy was brought before the Board of Ordained Ministry. As a prerequisite for ordination, he was given a document to sign stating that he was “not gay” (Fun fact: he wasn’t gay–just single! That’s how hawkish people are in the Bible Belt!).

However, in Southwest Texas, we have an interesting reversal of choice that helps put the LGBT debate in a new–and in my opinion, more authentic–light.

Mary Ann Barclay (formerly Kaiser) is a candidate for ministry in the SWTX conference. Mary Ann refused to choose any of the above three options. And yet her local DCOM (a pre-ordination board comprised of mostly the Austin area) recommended her for Ordination. After being illegally barred from an Ordination interview (a decision that was reversed by the Judicial Council), she has finally been granted an interview. Her Board of Ordained Ministry Interview is May 13.

To many in SWTX (especially the United Methodist Men in SWTX), there’s only two choices for Mary Ann:

The Real Choice in the UMC

The only real choice in this situation lies with the Board of Ordained Ministry. History helps us see that the choice isn’t in the candidates, but rather is in the Board itself.

In her research into arguments made against women’s ordination around the turn of the 20th century, Mary Ann dug up a quote by Anna Oliver, a Methodist who attempted for decades to be allowed to preach, that has a haunting parallel to today:

I am sorry to trouble our dear mother Church with any perplexing questions, but it presses me also, and the Church and myself must decide something. I am so thoroughly convinced that [God] has laid commands upon me in this direction, that it becomes with me really a question of my own soul’s salvation. If [God] commands me to just the course I am pursuing, as only they that do [God’s] commandments have right to the tree of life, I have no alternative.

Anna Oliver, on seeking ordination as a woman in 1880.

There was no choice for women who feel a call to this particular ministry before the Church allowed them to serve in this way. Likewise in Mary Ann’s blog post, she articulates having the same lack of choice:

I have argued with the voice of God in my life. I have tried to convince myself I do not want to and am not called be ordained. And yet, I still return to this place. The United Methodist Church is my church. I was raised in it and I believe in it – in the best of our past and the best of what we can be in the future. And I am called to be a minister within it. And I can’t help that.

I am convicted by experience and reason that LGBT persons have no choice to be who they are. And LGBT candidates for ministry that have an authentic call on their heart do not have a choice of whether or not to follow that call. God is persistent and will have them follow it eventually.

There’s no choice for Mary Ann and other LGBT candidates for ministry. They have to do what they have to do. Even the most Traditionalist of the “Defenders of the Faith” on a Board of Ordained Ministry (and I’ve been interviewed by several such persons in my process) would say that any Candidate–LGBT or otherwise–have to test, authenticate, and pursue their calling.

The Way Forward in the UMC

So then the only choice actually resides in another place: the Board of Ordained Ministry.

The Board of Ordained Ministry has the only choice in this scenario (and many like it). They can choose to discern whether LGBT candidates can serve without the three choices (outlined above) made for them. They can choose candidates who, according to the handbook, have the fitness, readiness, and effectiveness necessary to serve in this particular way. There are no automatic disqualifications for LGBT persons seeking ordained ministry: only peer discernment and votes.

My hope is that they realize that the choice lies with the Board of Ordained Ministry. That Mary Ann and other LGBT candidates have no choice in their call. That any candidate before the Board has a call to serve and it is up to the Board to determine whether that service is in this particular area of ordained ministry. They have the choice. And my prayers are with them on May 13th.

May all our prayers be with Boards of Ordained Ministries as we live in the “in-between” times. I don’t envy them. Like the 19th century boards who recognized the call that God had placed on women to preach BEFORE the church culture had accepted them, may our 21st century boards also make the bold choice and evaluate on readiness, fitness, and effectiveness rather than this prohibition that will not stand the test of time.