You are here: Home / Internets / Which Photos to which Social Networks? 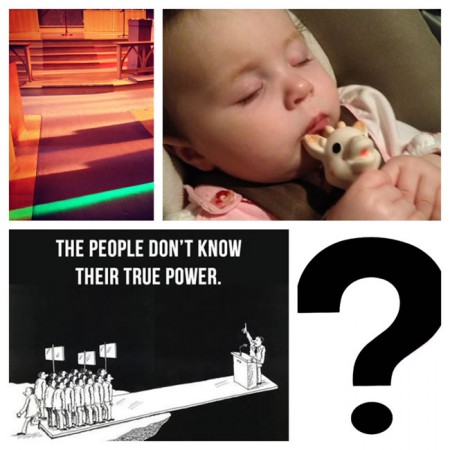 Even though I lead social media workshops for United Methodist churches in my area (and I’m leading four-FOUR-in October), I’ve really only got a handle on the more text-based forms of social media: Facebook, Twitter, blogging, text-messaging, etc. While such forms will never be obsolete, media-centric services like Instagram, Pinterest, and Vine are rapidly rising and I can’t hold out any longer.

With the wide variety of photos that I take and share, which media service is best for which type of photo?

So which Photo goes where?

Remember the goal of “social media” is to use media in ways that start conversations and create lasting connections. So there’s a fusion of promotional and conversational elements to consider for each social media service.

I’ve been on several of those services for a few months now figuring out what to do with the photos I take or see and want to share. I think I’ve come up with an approach that uses each of them distinctly, and thought I would share it to inform your own social media strategies.

How do you do all this??

While it looks exhausting, once you get into a rhythm it doesn’t take too much time, especially with a smartphone app.

One word: IFTTT. If This Then That is a web program that allows you to create triggers to interact with various social networks. For instance, whenever I post a photo to my Instagram, IFTTT creates a twitter post of that photo and shares it automatically. But the reverse is helpful as well: whenever I put a photo in an album on my iPhone, it automatically posts to my FB page. Pinterest isn’t supported yet (“shakes fist”) but by tinkering with it you can find ways to make it work. I really like it.

Using IFTTT, Twitter becomes the catch-all for several of the services as posts to either the FB page or Instagram are automatically shared. The key then is to have a good caption: Followers can click if they like the caption, and ignore it if they don’t. So it marries the visual nature of photo-based social networks with the text-based nature of Twitter.

A final pro-tip is Buffer, which allows you to write posts and share them later. I was called out on Twitter for posting the same link 3 times in a row because of a chain reaction from IFTTT that I hadn’t noticed before. I fixed it but Buffer helps me schedule some posts when I know I’ve overloaded Twitter or FB and need to wait a few hours but I don’t want to have to do it later.

Anyway, just trying to stay on top of social media learning and I thought you might be interested in my process. Thoughts? How do you use the photo sharing services effectively?