You are here: Home / Theology / Justice / The Good Samaritan is Not-So-Good about Justice 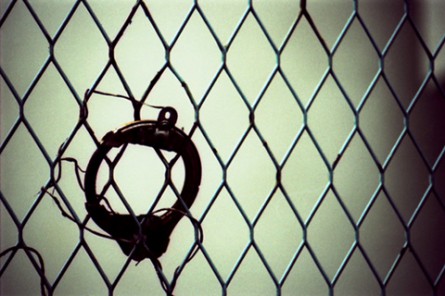 In high school I took a semester of Economics (almost went down that career path too–I loved the “systems theory” part of that class and obviously I continue to use systems theory today). In the class, we studied some social issues from economic perspectives, using our principles learned in real-world applications.

I’ll never forget the day the teacher brought in a pamphlet from a Christian group that bought slaves and freed them. When we first discussed it, everyone thought it was a terrific idea and commendable that these slaves were being freed. But as the teacher challenged us using economic theory, it became obvious that such actions actually supported slavery as a system. They created demand for slaves, and a sure outlet of supply for slave owners. While the group was certainly making a difference in the lives of individual slaves (and plastering their pictures all over their mailings), they were not doing much to end slavery in that region of the world. Buying slaves and setting them free was mercy, not justice, and did not do much to end slavery altogether.

The same sentiment came up this week when I saw that someone was looking at the Parable of the Good Samaritan as about mercy, not justice. What? Someone is knocking the Good Samaritan (Luke 10: 29-37), one of the best-known stories of the New Testament? *pops popcorn* This should be interesting…

Professor James McGrath blogged about a challenging article by Rev. Brian Konkol, a Lutheran pastor in Wisconsin, entitled “When Robbers and Innkeepers profit from Samaritans.” The title reflects a similar idea to that of the Christian free-the-slaves group: if everyone emulated the Good Samaritan, the robbers would get rich from all the robbing, and the innkeeper would get rich from all the charity cases paid for by benefactors. The actions address the effects of injustice not the root causes.

While the Parable of the Good Samaritan is brilliantly effective for what Jesus seemingly sought to promote, one can argue that out-of-context misinterpretations have since initiated numerous incomplete social movements, which in turn has led to the survival of unjust social structures. In other words, the narrative seems to promote short-term aid without addressing long-term justice, and the appearance of such an omission needs to be explored more thoroughly. For example, what were the social conditions that led to such a dreadful act of violence on the road to Jericho? Why was the stranger so brutally victimized at that particular location and not somewhere else? Was the event merely a crime of momentary opportunity, or was it a predictable outcome of a deeper societal illness? In other words, was short-term aid all that was necessary in response to the incident, or was the Good Samaritan later inspired to engage the dilemma through advocacy? All together, the parable provides us with a number of important lessons surrounding acts of charity, yet it also leaves an assortment of questions in relation to the promotion of justice.

And he ends with this:

One wonders what would happen if the Good Samaritan traveled down the same road, day after day, and continued to find helpless victims at or near the same location. What then would be his response? At what point would the Samaritan do more than offer short-term aid for the victims? Would he start asking deeper questions about the social location? Would he seek solutions for long-term change? In addition, at what point would the Samaritan begin to critique the political and economic agendas of those in power in that particular area? One can assume that, if such a scenario took place, the Samaritan would not only seek to meet the immediate needs of those harmed, but he would also advocate for policies that provide for a better future. And so, we can safely conclude (because the Samaritan is, as Jesus shared, an example of love for neighbors), that – if he believed it was necessary – the Good Samaritan would show love for his neighbor not only through momentary acts of charity, but also through sustained advocacy for the promotion of a common good.

This critique is a helpful framework to better understand what the Good Samaritan was about: being a good neighbor and expanding the circle of help towards those in need. But as we’ve grown to better understand our role as good neighbors, it necessarily includes digging out the root causes of injustice so that people would not need to be helped any more. As McGrath wonders, what is the sequel to this story and does the Good Samaritan ever stop offering mercy and instead seek justice to correct the social conditions that leave people beaten up by the side of the road?