You are here: Home / Church Talk / discipleship / Discipleship is a Missional Vaccine #TM2UMC 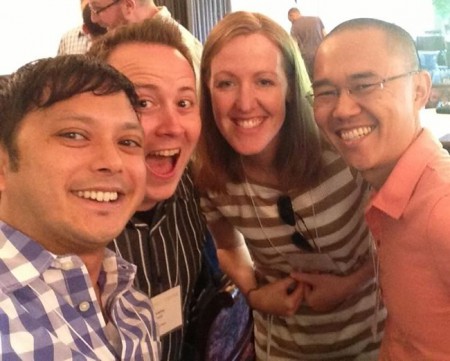 I spent the last few days in Seattle at the Transforming Ministry Conference II held for the Western Jurisdiction of the United Methodist Church. It was a great mix of clergy (young, middle, and older), superintendents, Bishops, professors, and theologians.

One of my takeaways came from Alan Hirsch, author of The Forgotten Ways and other books. He talked about raising the bar on Discipleship, highlighting a church that used a BELLS model (link) that required folks to engage their faith in practical, categorized ways beyond Sunday morning. He ended it by saying something to the effect of “disciples are less likely to be seduced by consumeristic Christianity.”

I’d like to rephrase it to this: Disciples are more likely to be inoculated against lukewarm or dangerous theologies.

An inoculation is a vaccine. It works because you get a weak strand of some disease, enough to be able to fight off and become immune to it. Then later in life when you confront the disease, you are already immune to it and can fight off the real thing.

In the same way, discipleship as study of the bible, theology, and living it out forces people to confront their own sin, society’s sin, and how to live against and amidst a wounded world. In their best forms, churches encourage discipleship by engaging the bible, the world, bad theologies and life-giving theologies together to help shepherd people through the world. Disciples get to taste the seductive sugary dangerous theologies, but do so in a context where they turn bitter in their mouths.

This is all well and good except we are in a more mobile society. No longer do people typically stay in one town at one occupation. People move across towns, states, regions to follow work, family, or retirement. I speak as someone who is part of this mobile society as I’ve served churches in 3 states in 3 jurisdictions during my first 7 years of ordained ministry.

Framed in this way, discipleship becomes a temporary opportunity for clergy and laity. They may only have a few short years together until the layperson moves to follow an opportunity or the pastor moves to another parish (for connectional systems like the UMC). And yet for a missional church, what better opportunity is there than to transform lives for a few short years and then send them better equipped to both:

This model of “taking discipleship seriously” combats one of the worst aspects of consumeristic Christianity: dependence on emotion-laden weekly worship.

In a model where discipleship is a vaccine, no longer do you have to come to an emotion-laden worship to receive a hit or jolt weekly to get your levels up. Instead, folks are trained and discipled for a few short years and then they can be sent out with a stronger sense of their spiritual centers. This sort of discipleship without dependence can sustain a disciple during their sojourns and in new contexts until they find or create a life-giving theology for their community.

Thoughts? In what ways can viewing discipleship (an inner focus that can be lived out privately or publicly) as a vaccine reframe it as a highly prioritized missional concern?